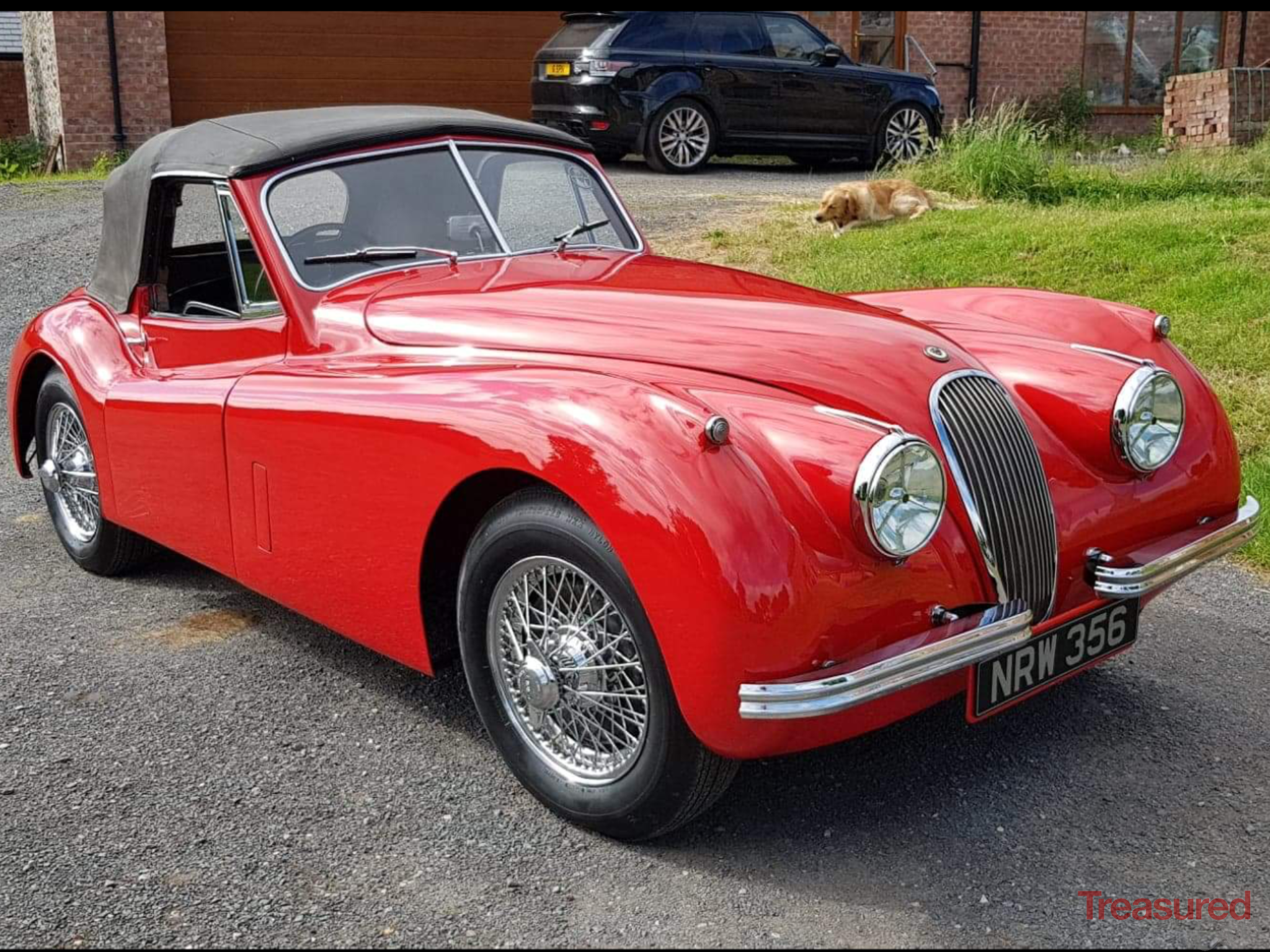 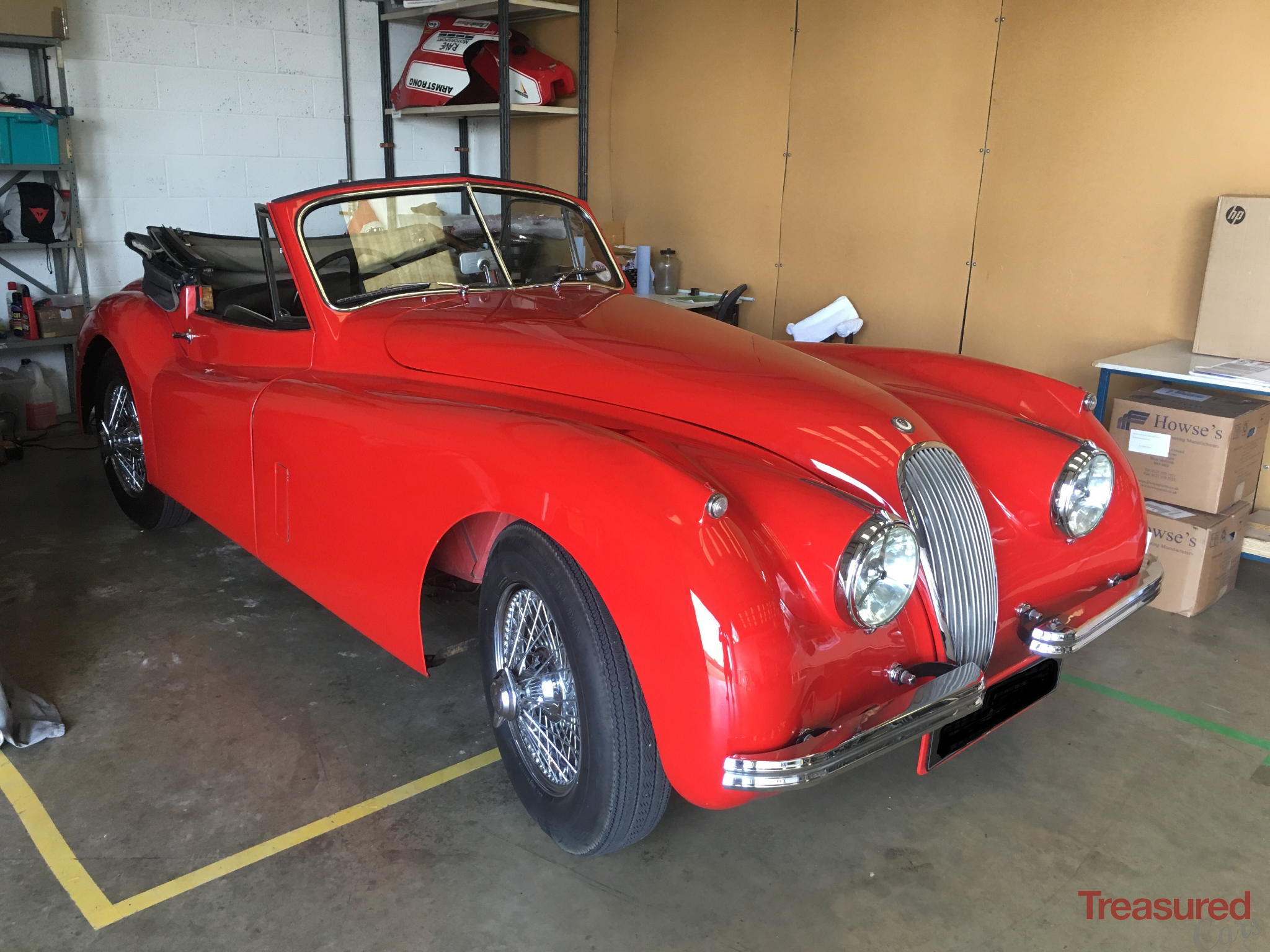 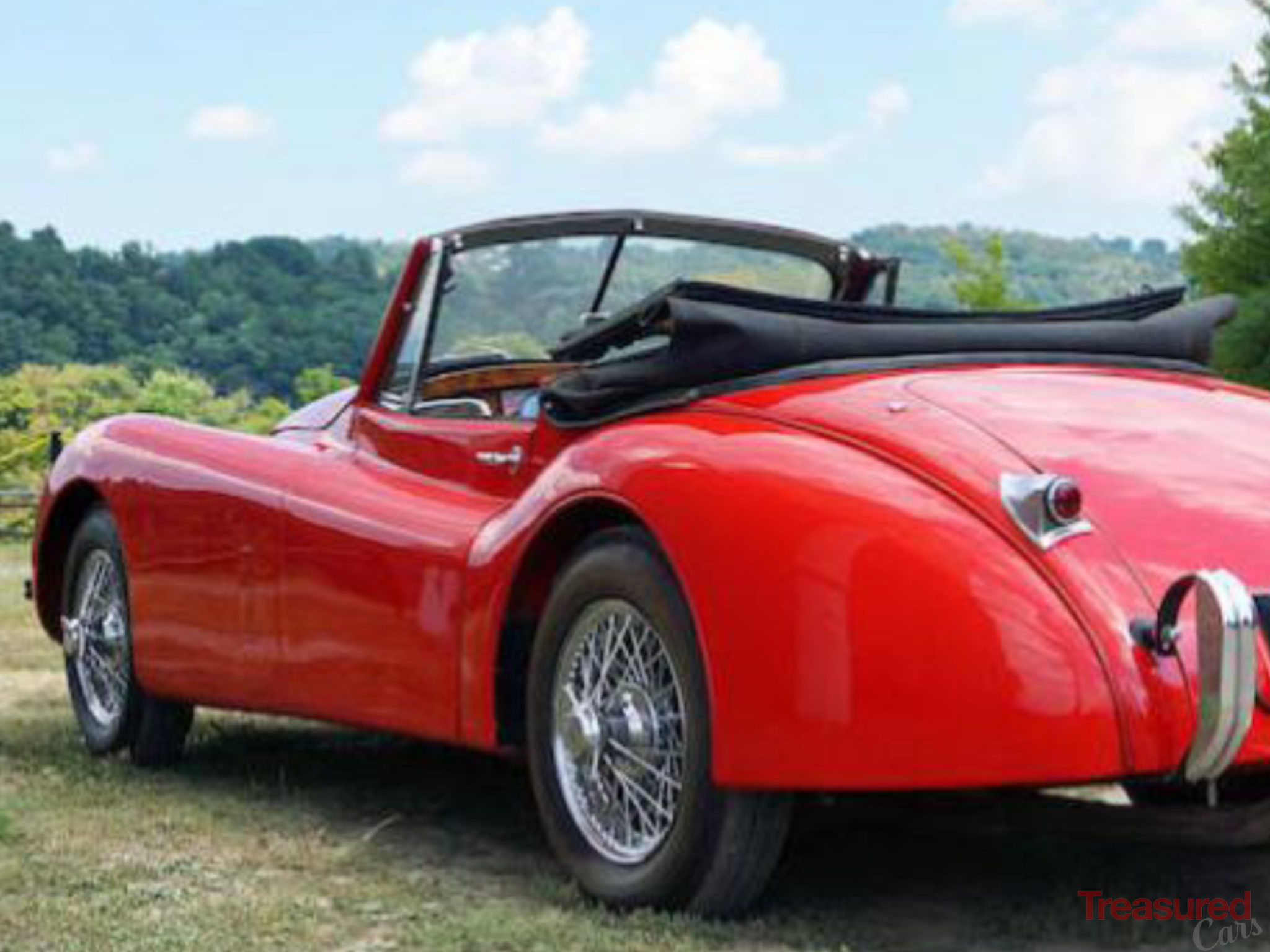 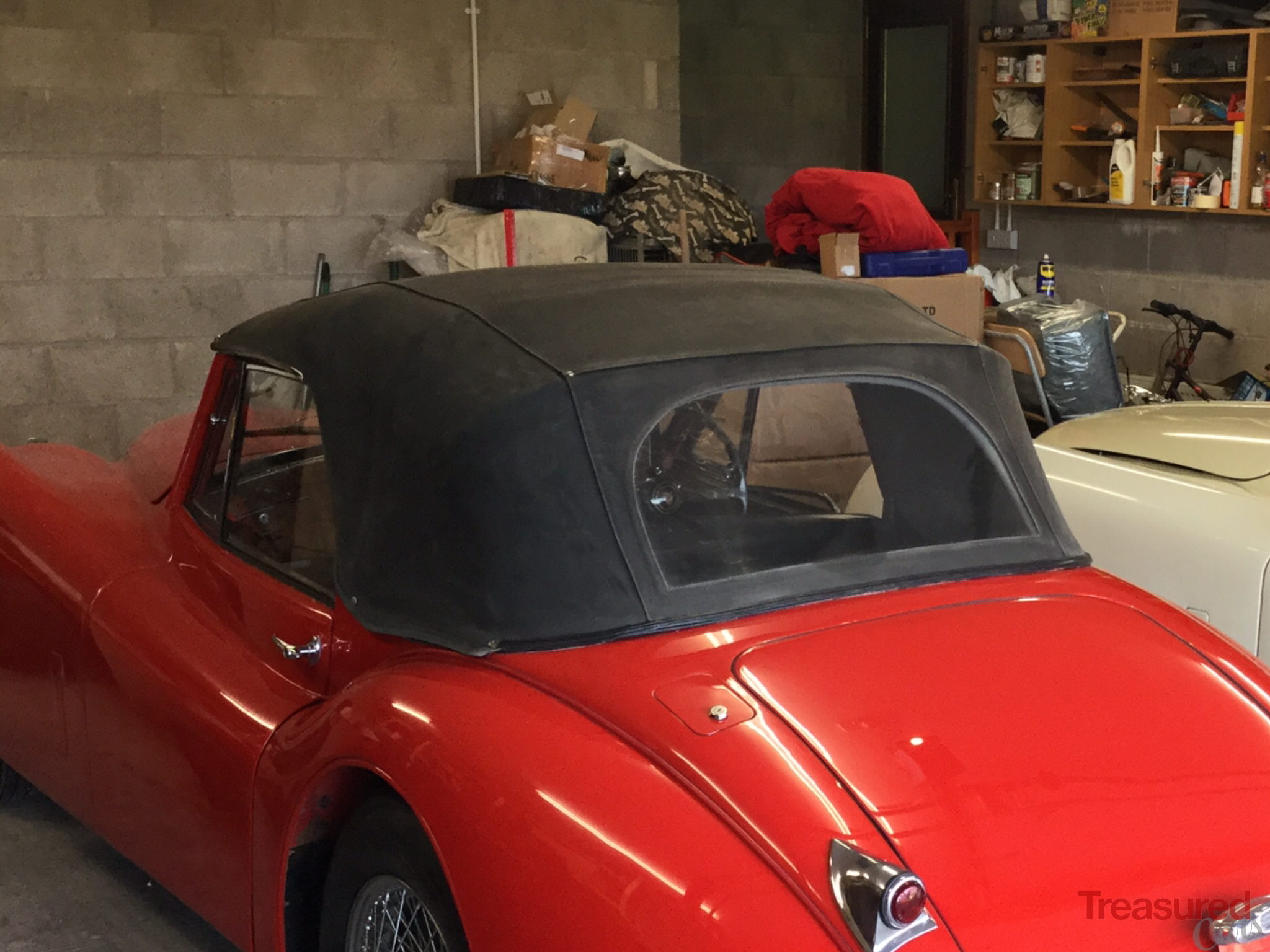 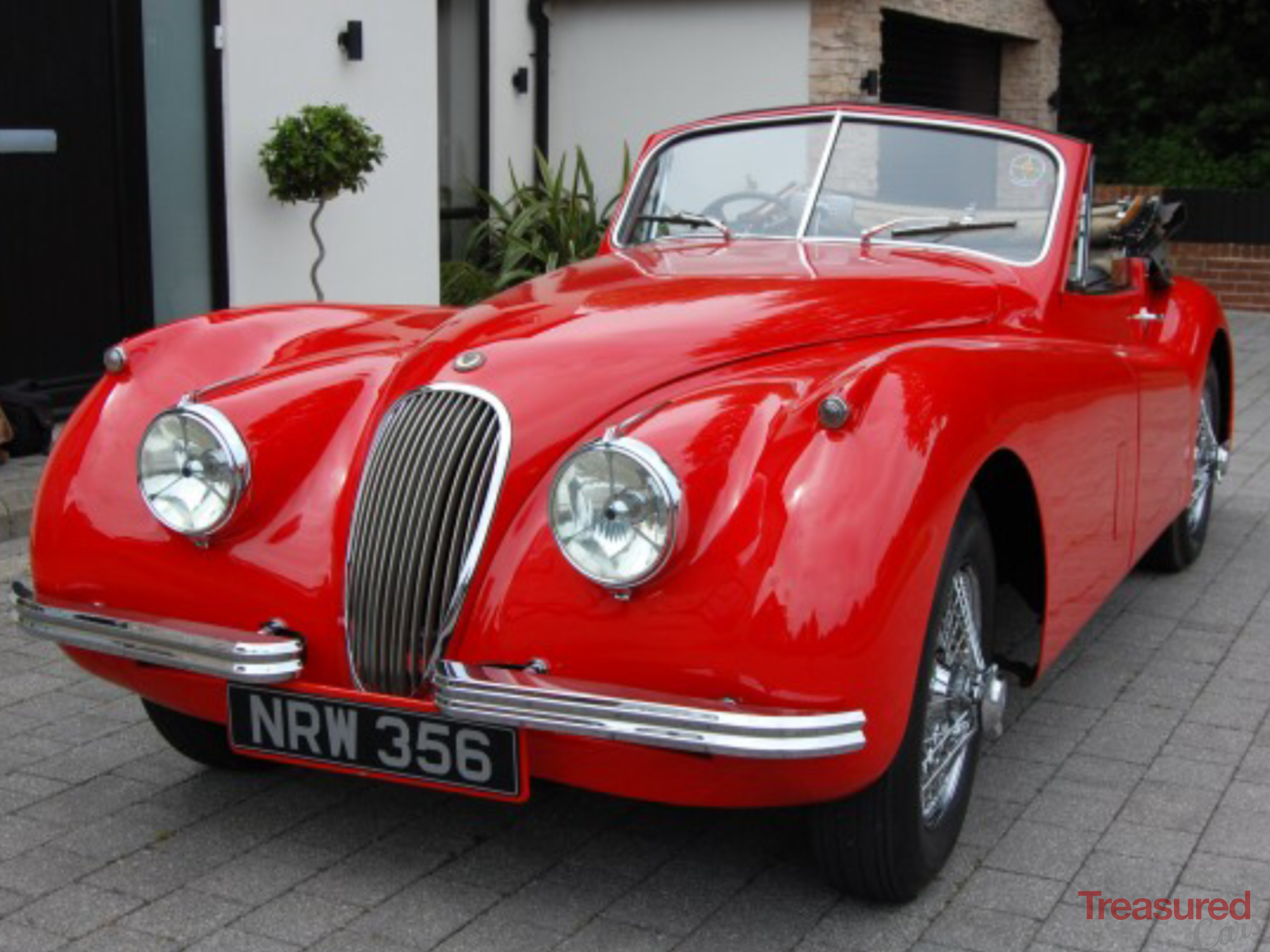 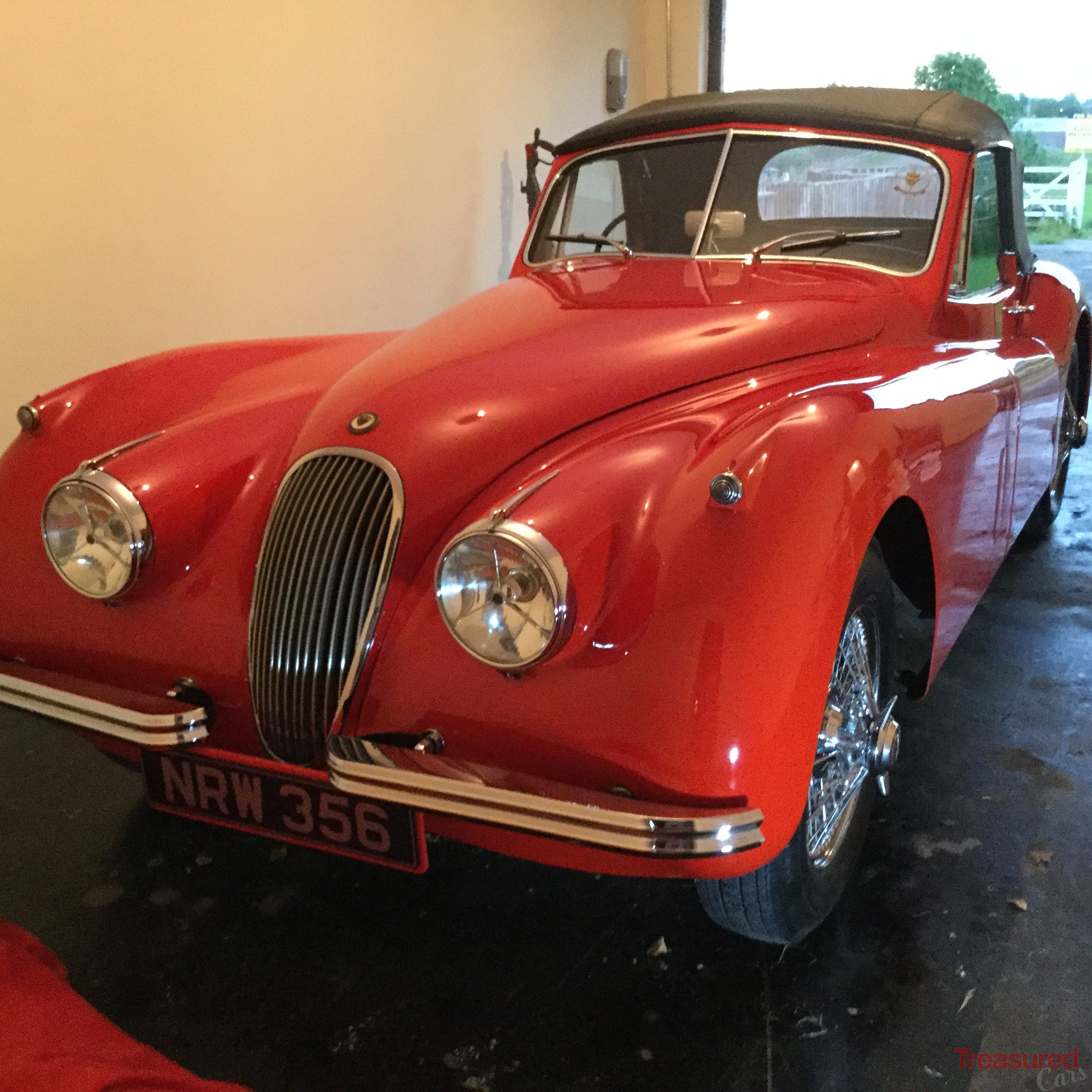 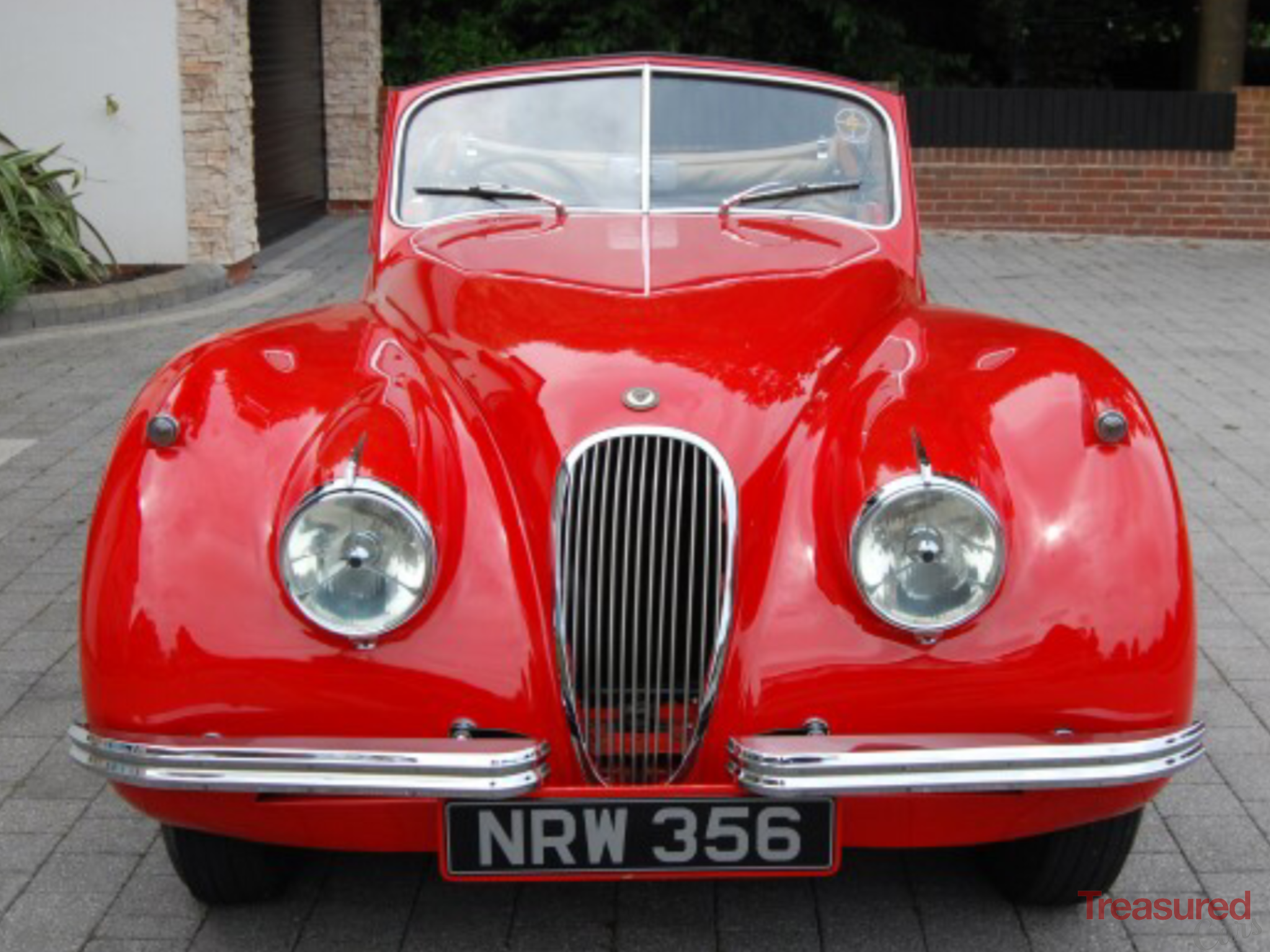 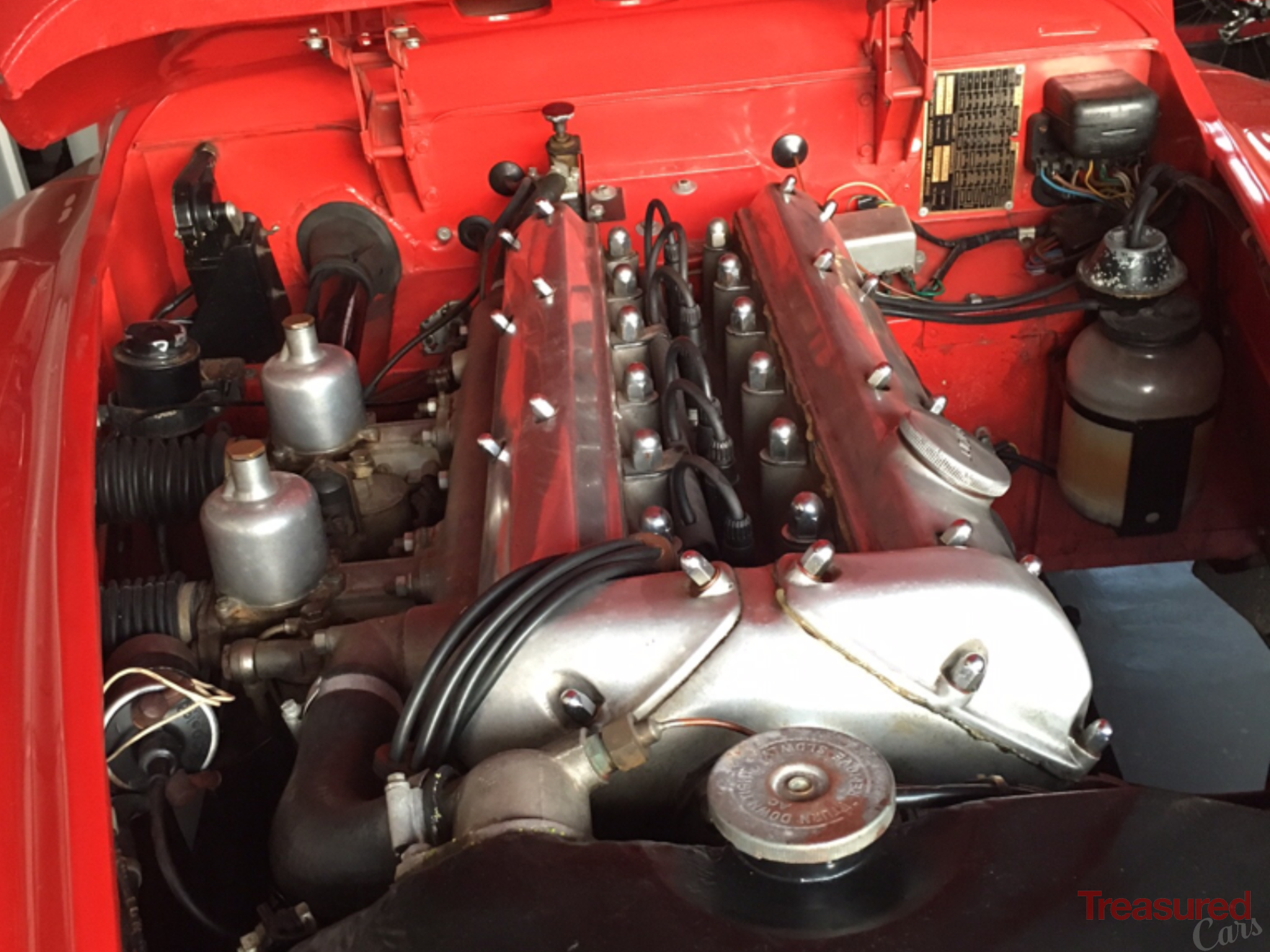 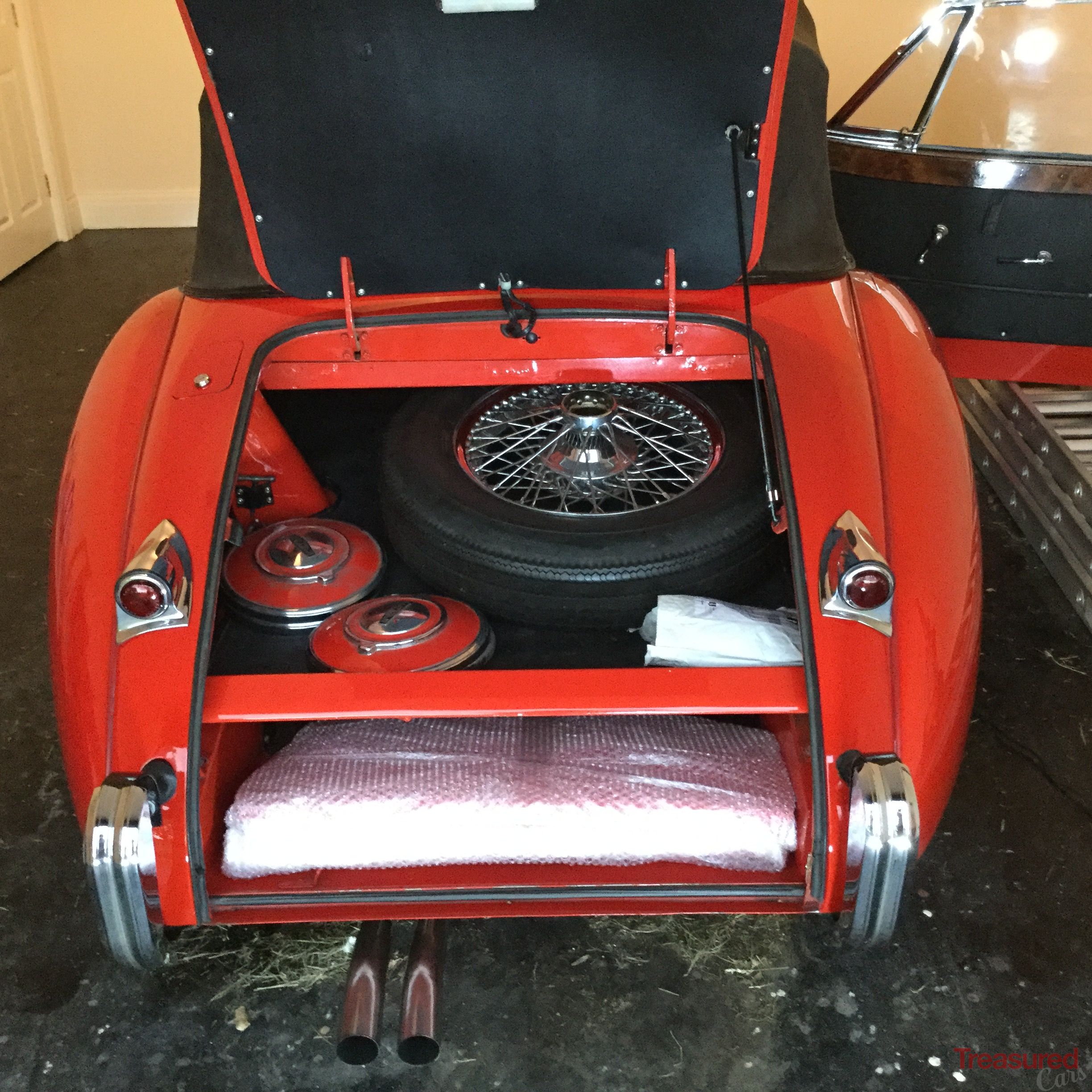 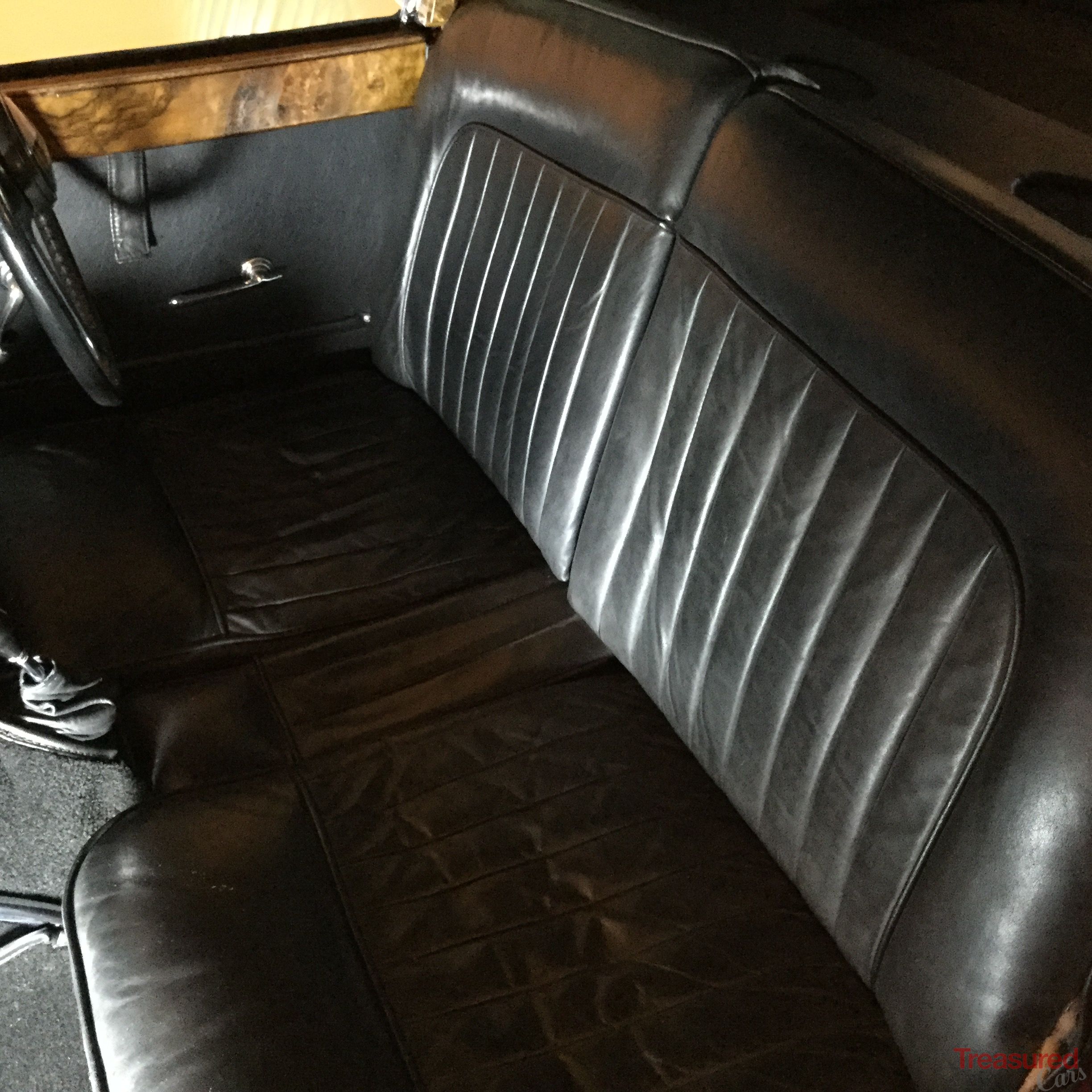 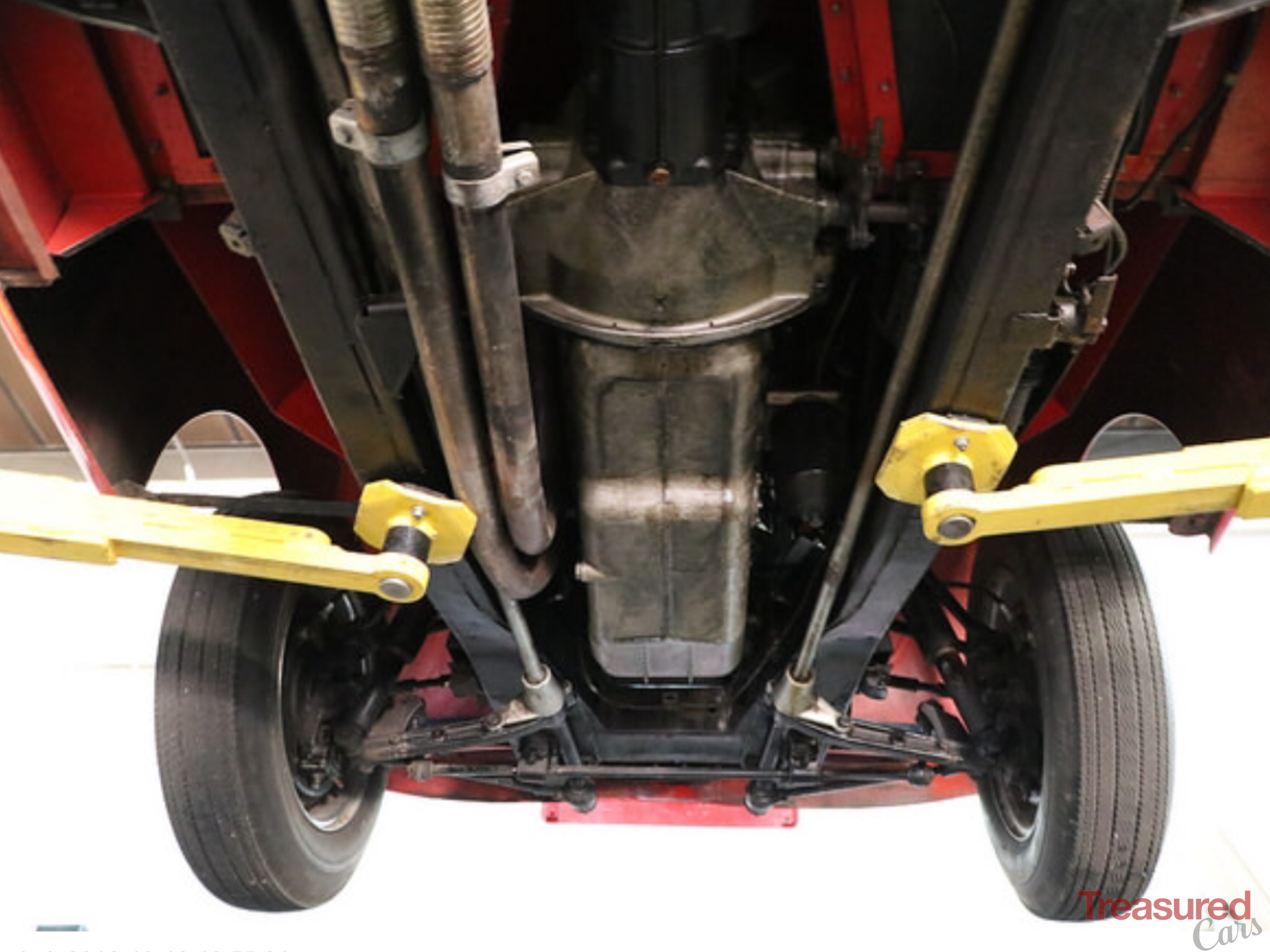 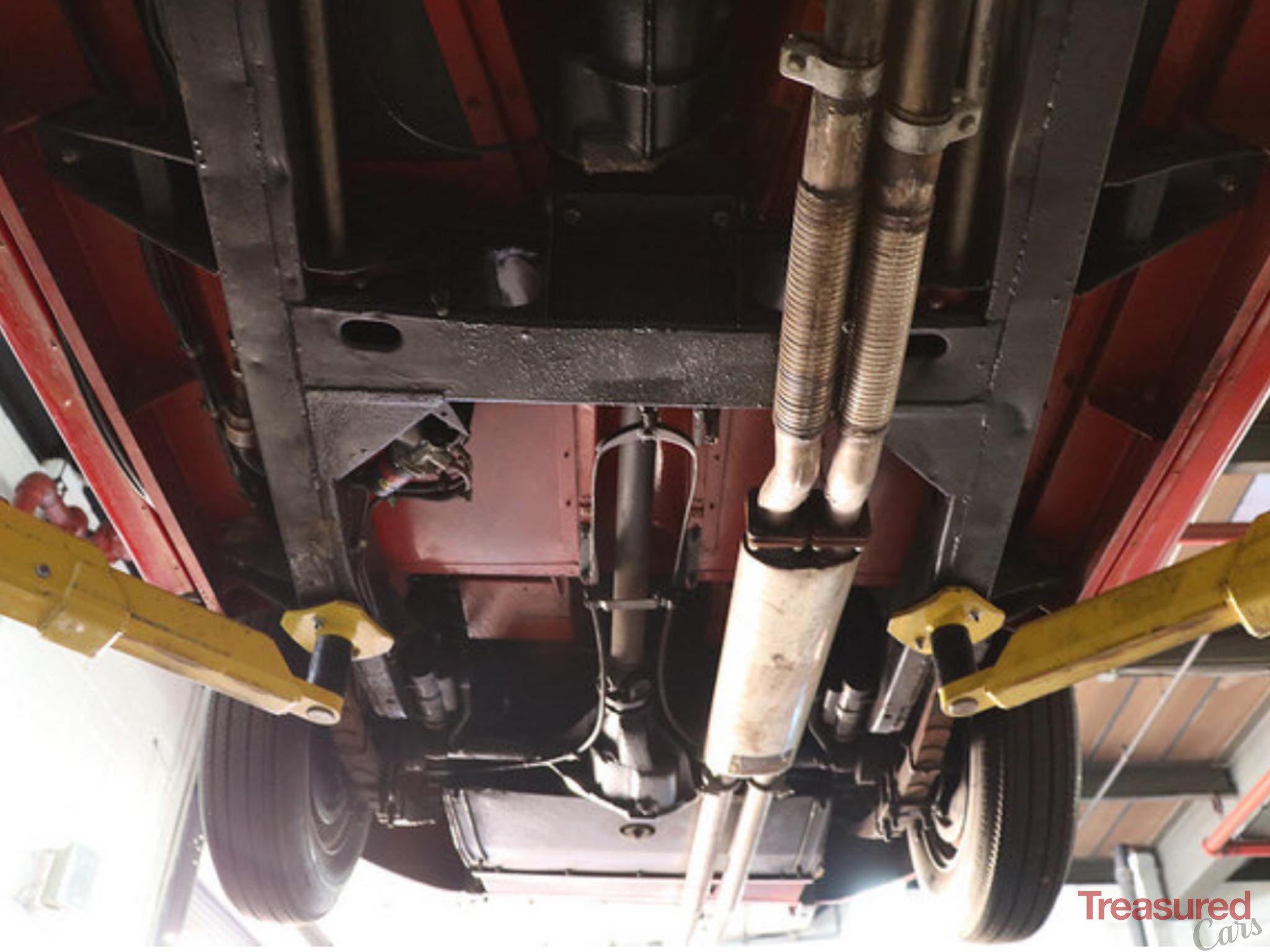 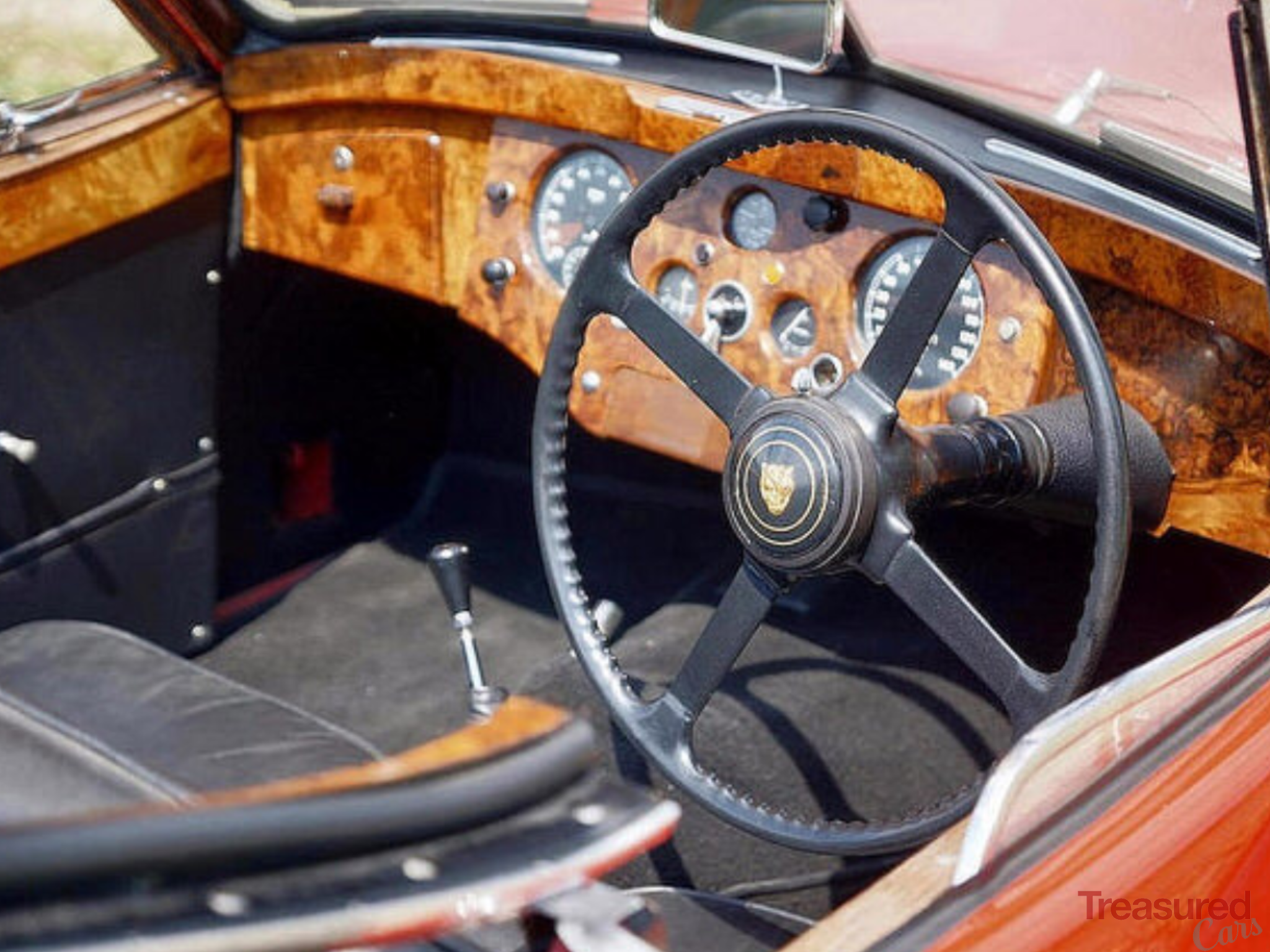 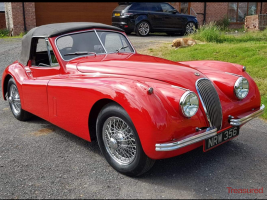 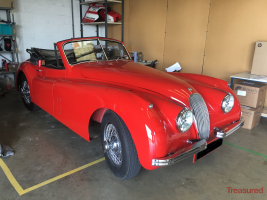 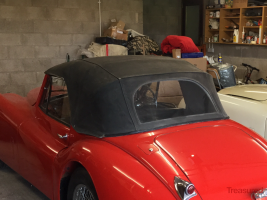 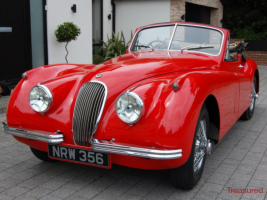 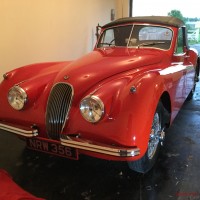 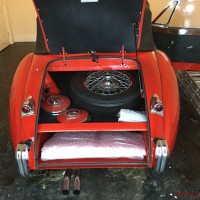 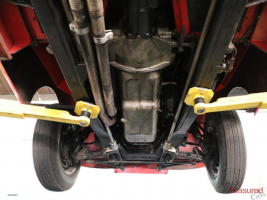 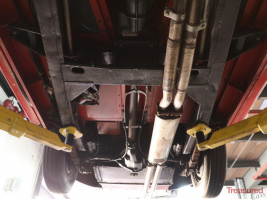 This car was the last 1 of only 292 Original RHD Jaguar XK120 DHC SE Built 10 August 1954 and left the Browns Lane Factory on 04 Oct 1954. Purchased by Mr Wallace Cartwright he was the first owner and also a car distributor and collector, who First Registered: NRW 356 new from the Coventry factory, and kept it in a large personal collection for many years. A very fine example of the rarest of all the jaguar XK120 variants produced, the car has Matching Numbers VIN/Chassis No: S667294. With Original Engine No: F3878-8S. and Gearbox No: OSL80B, Wind up windows, wire wheels Including spare wheel, the original rear wheel covered spats, 4 spare wheel hubs and 4 hub-caps, I have an extra set of new matching bucket seat backs in black leather to match the car that fit directly to the original seat bases, I have put one in the car to show you in picture. I also have a new spare set of polished aluminium period number plates to go with the car.
Exceptional condition throughout inside and out, the red body work is in stunning condition with fantastic panel gaps the best I have seen. It’s had a Quality older restoration in 1986 finished in a red exterior with black leather interior and wood trims, originally black & tan as shown on the Jaguar Heritage Certificate. If you are looking for an Original RHD Jaguar XK120 Drop Head Coupe SE, in excellent condition throughout, the car was restored completely in 1986, and kept pretty much as original, its not modernized like many XK's are today. This Special Equipment Model, Manufacture Date 10 Aug 1954 First Registration NRW 356 Date: 04 October 1954 Coventry UK.
The car has only covered around 4500 miles on the clock since the restoration. Taxation Class Historic Vehicle Free. A very fine example of the rarest of all the jaguar XK120 variants produced between 1949 - 1954.
From the first owner Mr Wallace Cartwright who kept it for many years in his collection and is written about above, then onto other previous owners prior to a Mr Liggins who had stated that the car was restored to a very high standard in 1986, he purchased the car in 1988 after looking for over three years to find a car in this condition he kept it up until he sold it in 1996, who also kept it in his private collection mostly for display and kept in dry climate controlled conditions until 2006. I came to own the car a few years later, when I exchanged my Cobra and a large chunk of cash, for this 1954 jaguar XK privately, I keep the car garaged and covered at all times, its a collectors car really that needs to be driven and seen, so its time to sell the Jaguar XK120 to someone with more time than I have who can really enjoy and drive this car, as I also have a XK150 which I am keeping and drive every summer. Please let me know if you are interested in buying. The Minimum Offer Considered is £85,000. Thank you.

Ps: All Original Jaguar XK120 with the six cylinder engines, came without any overdrive from the factory. Some XK 120s had after market overdrives fitted later but where not originally fitted at the factory.

Older Restoration (more than 20 years ago) 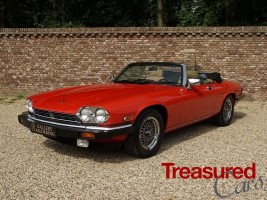 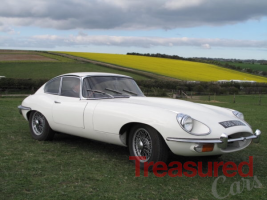