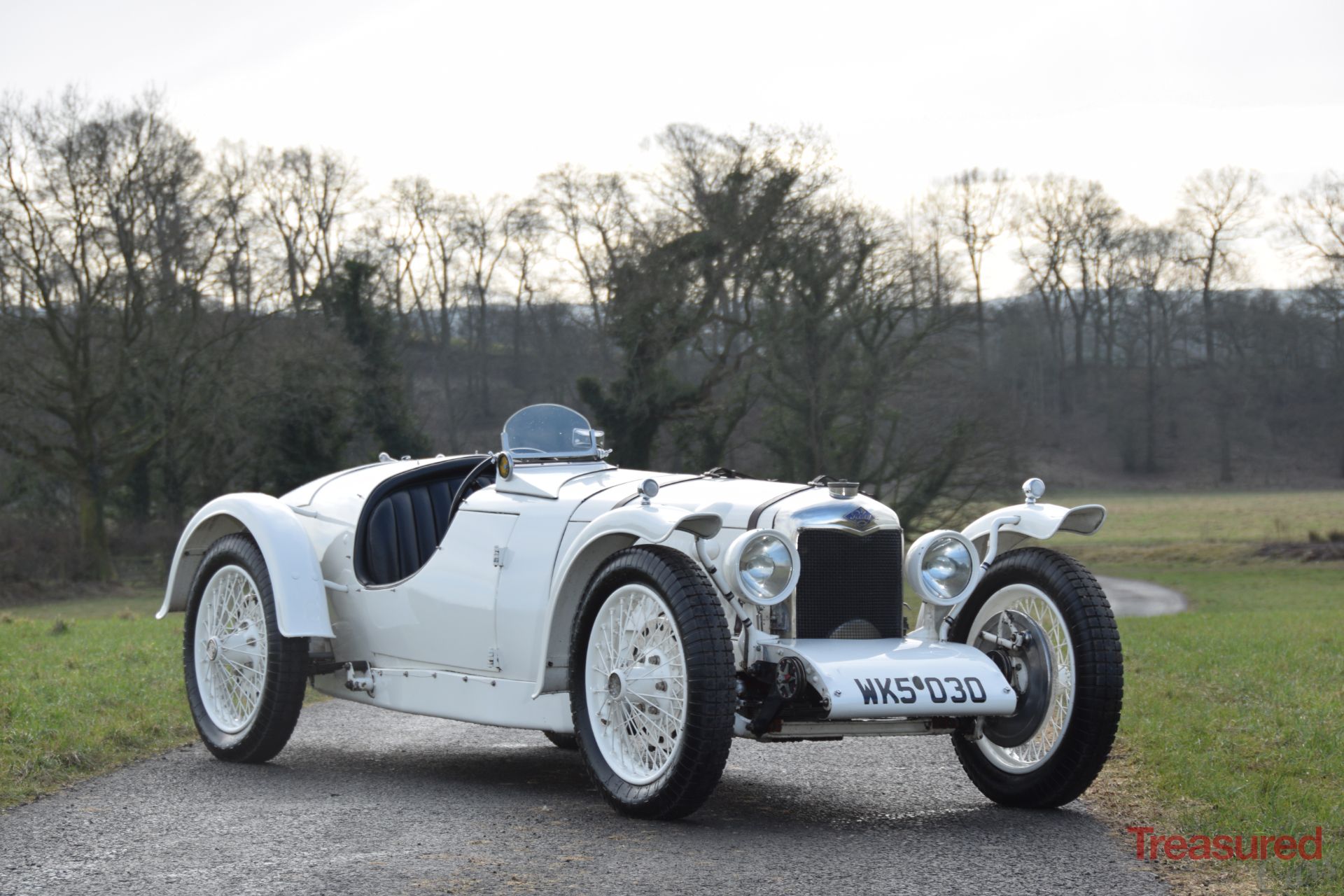 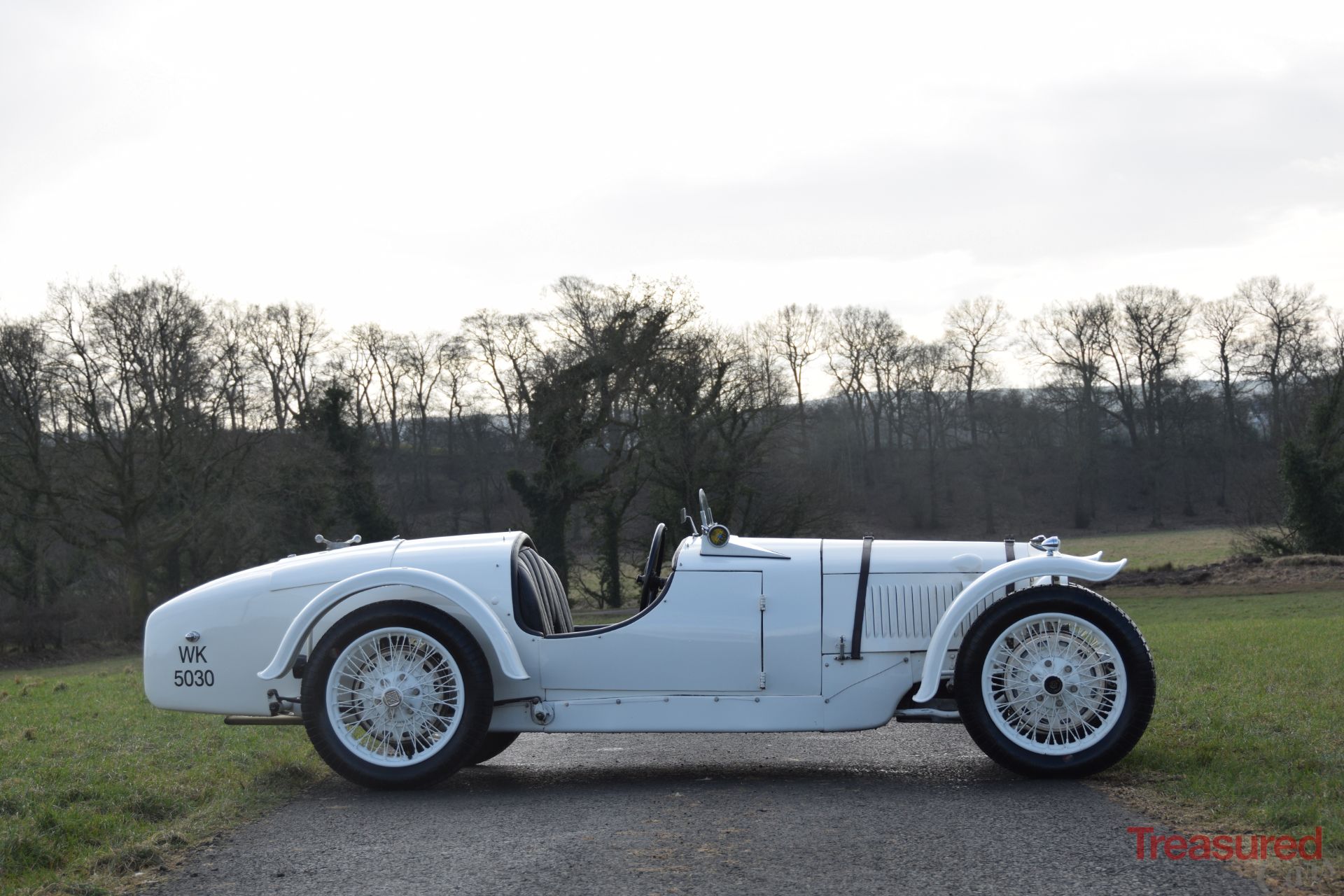 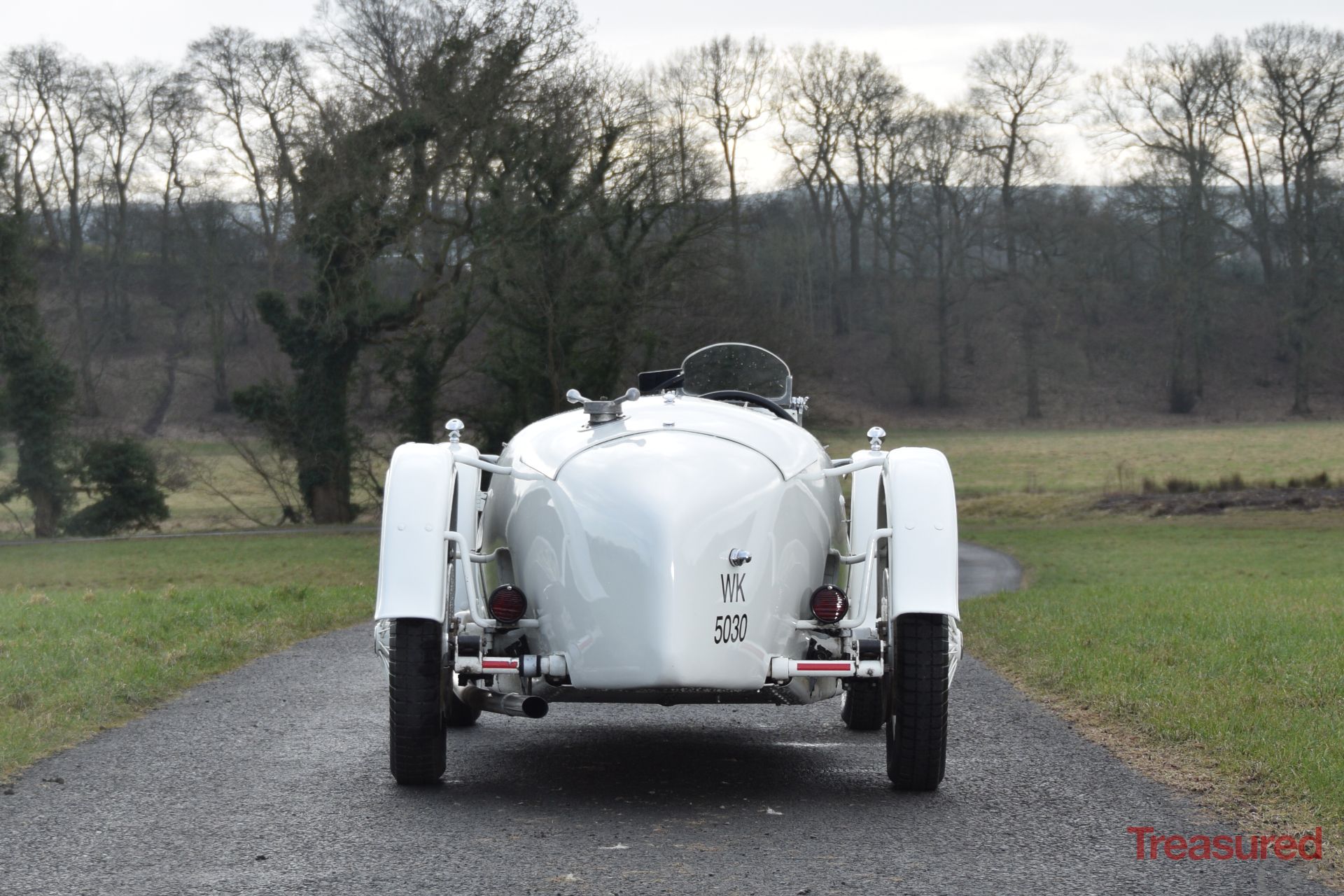 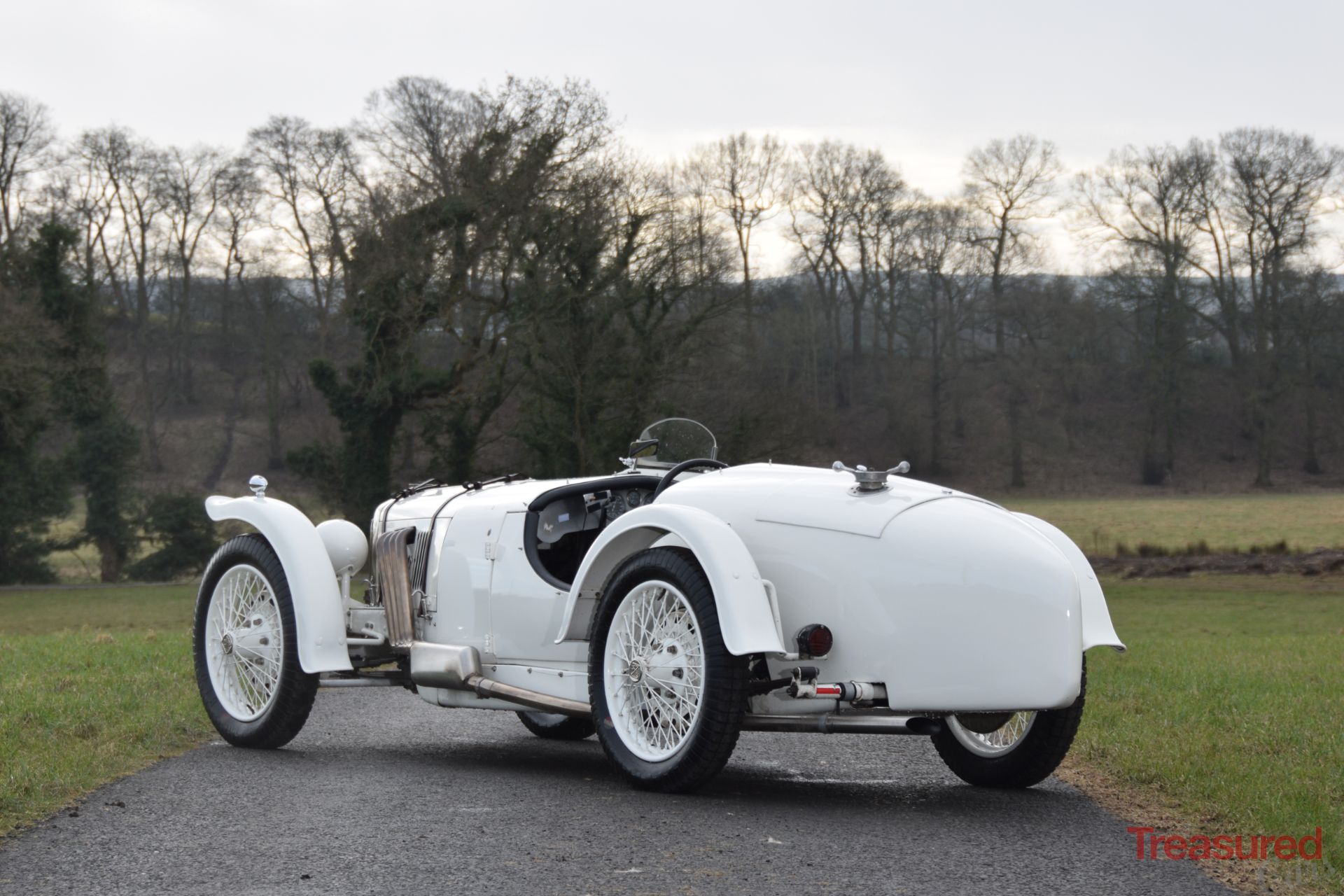 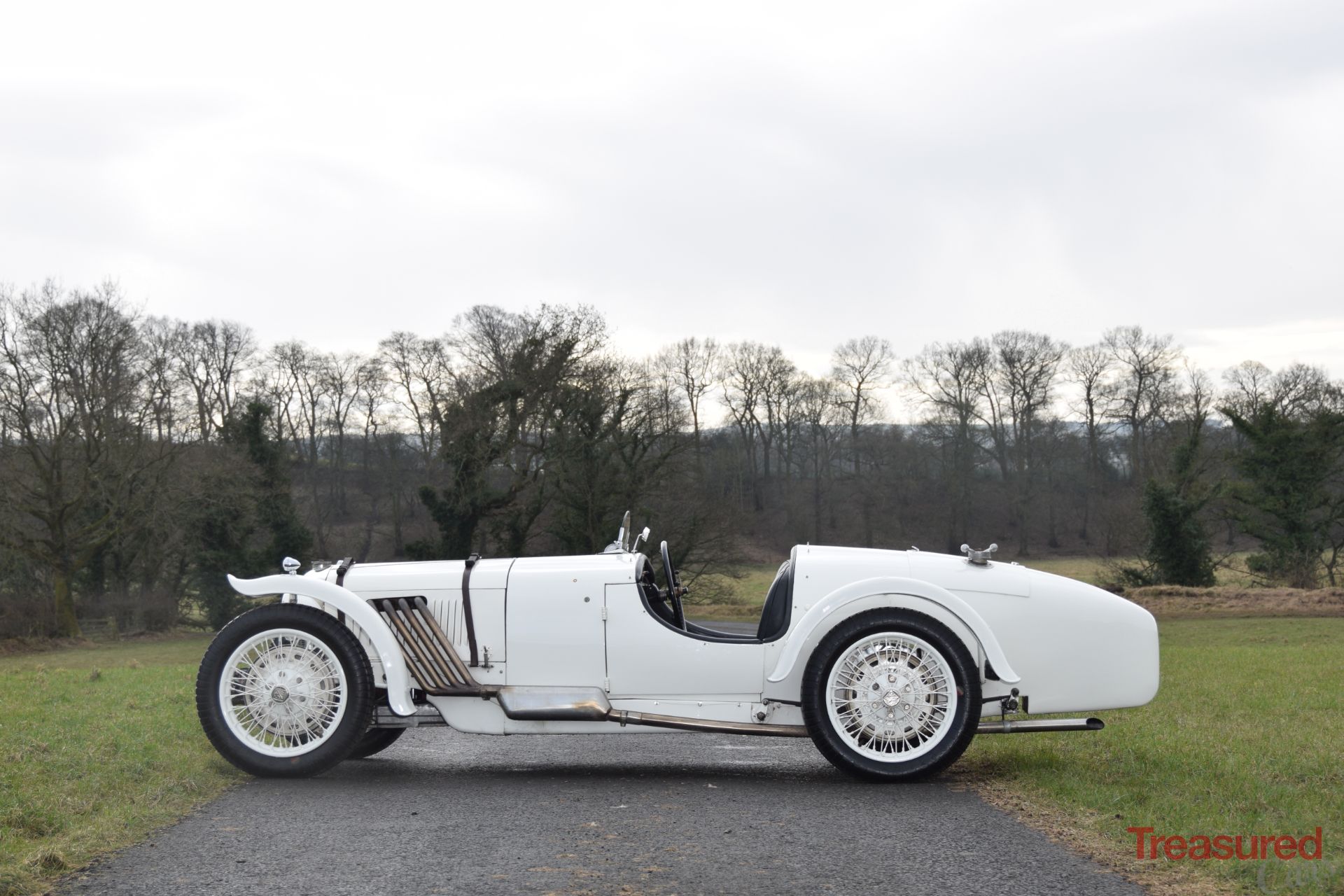 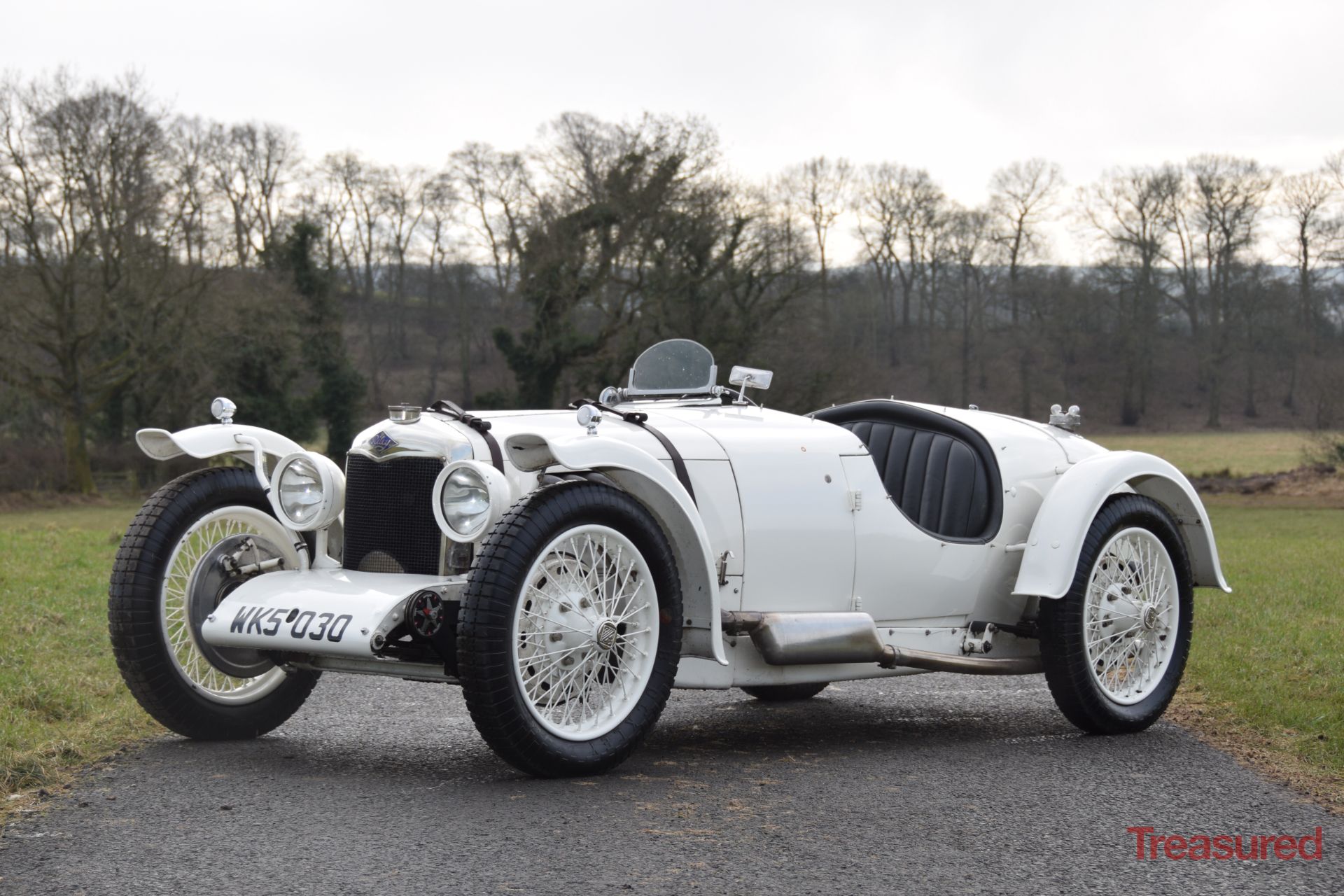 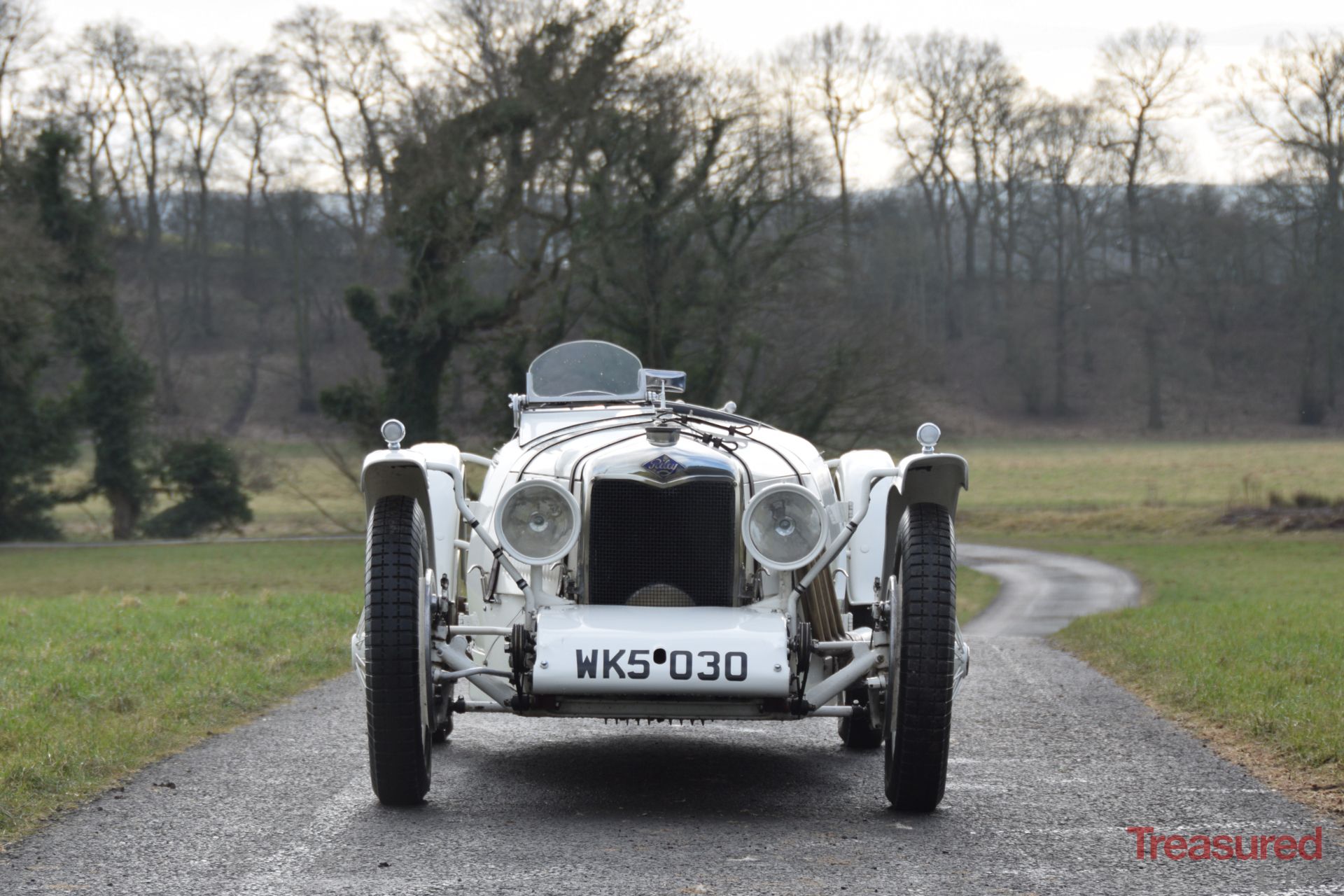 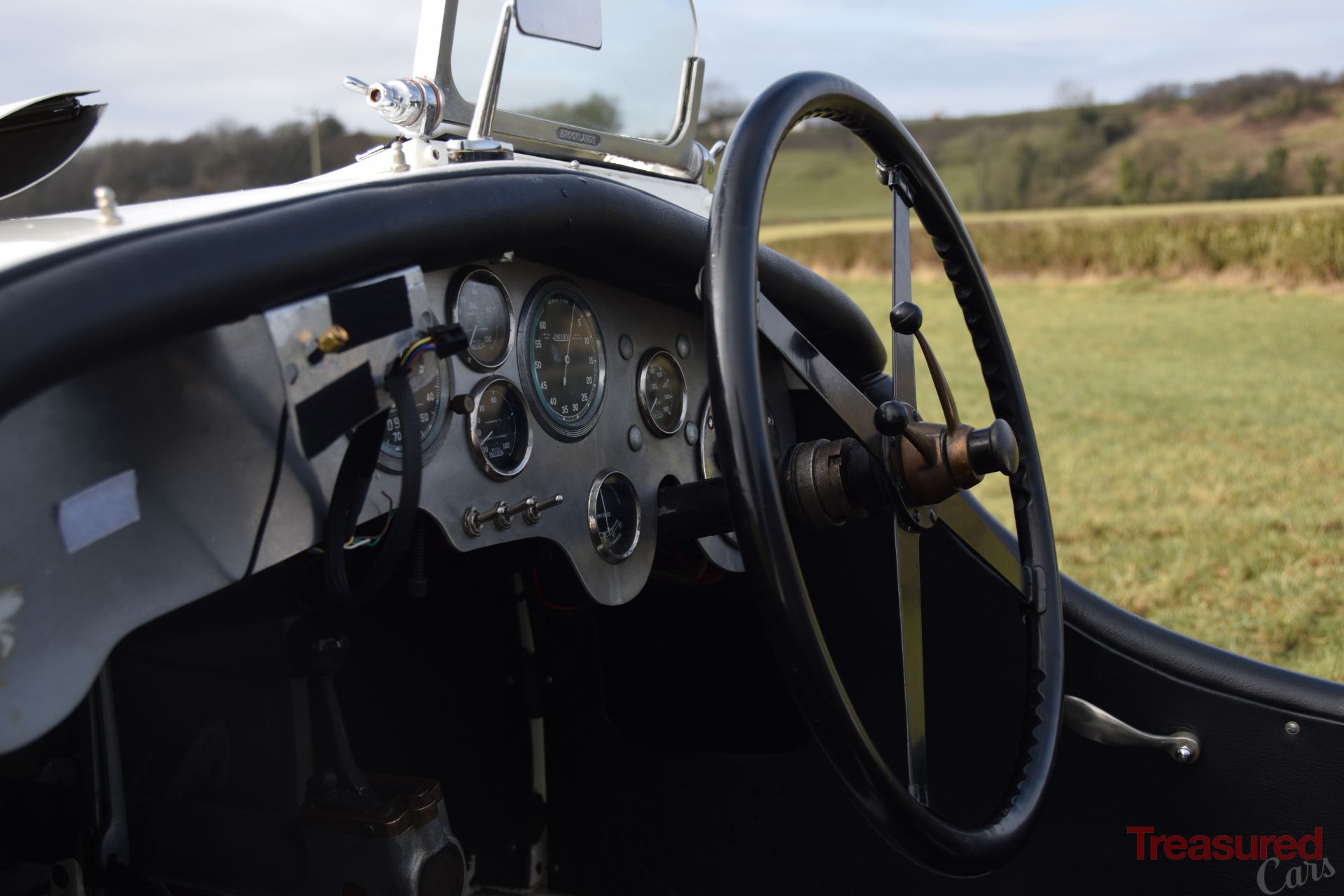 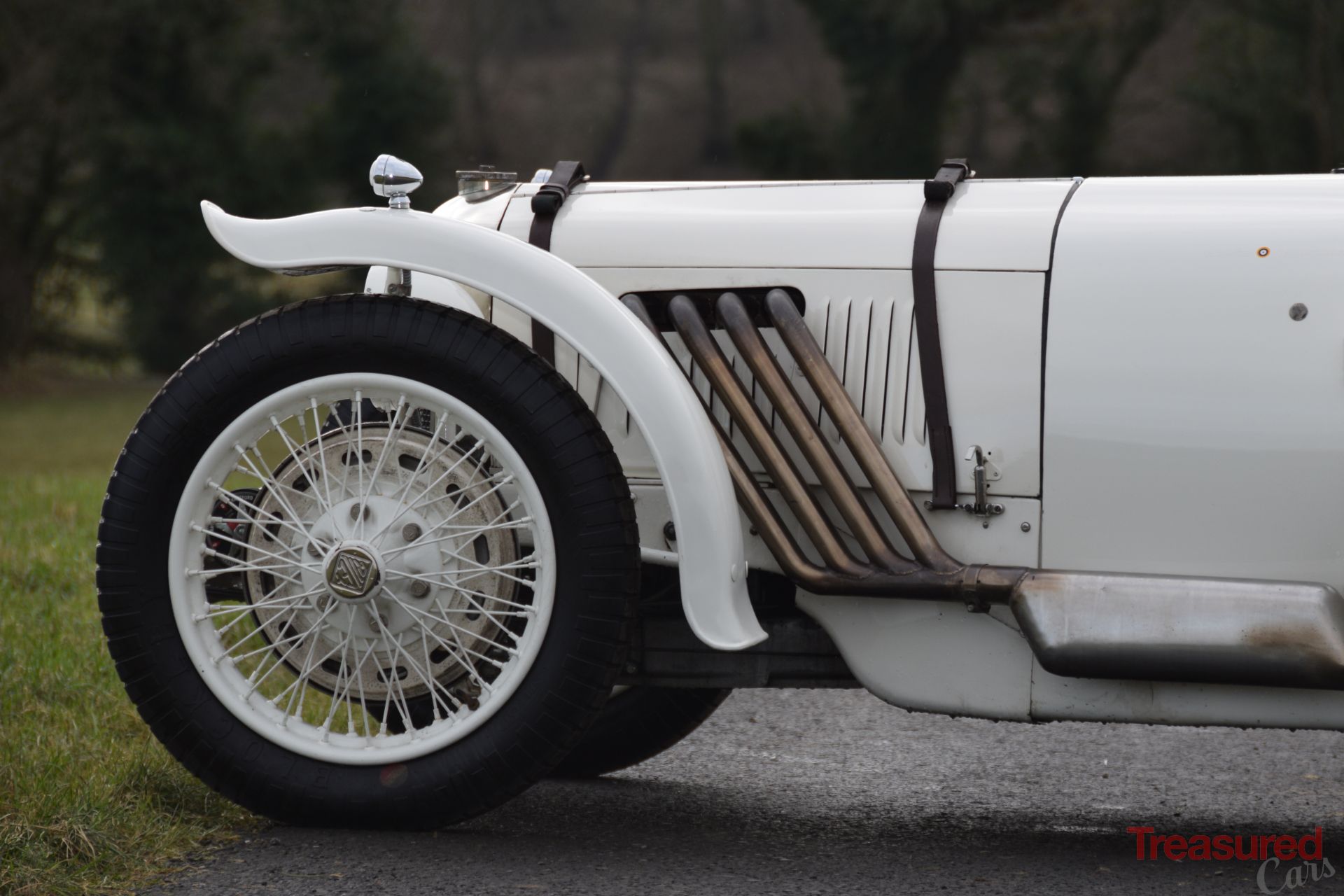 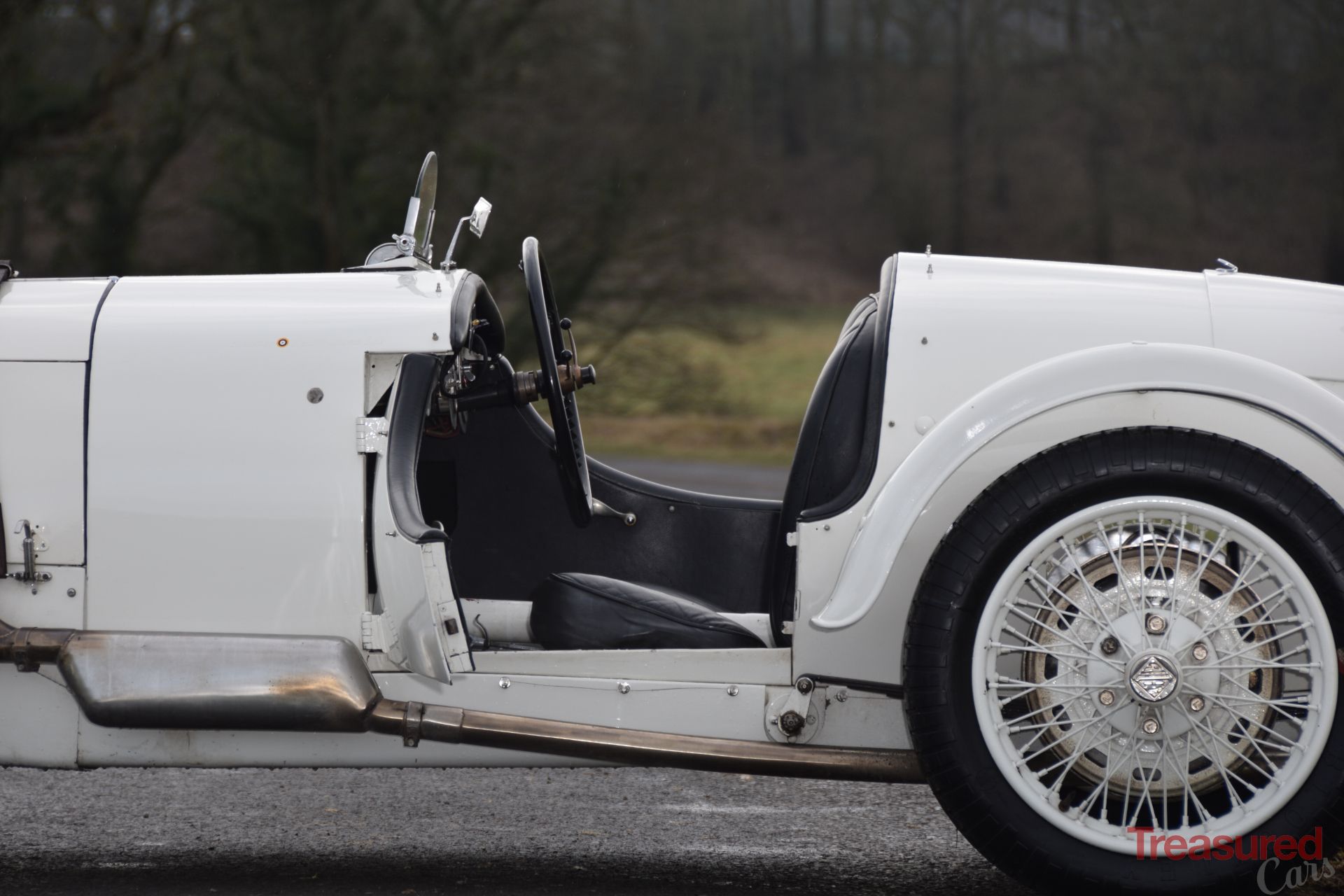 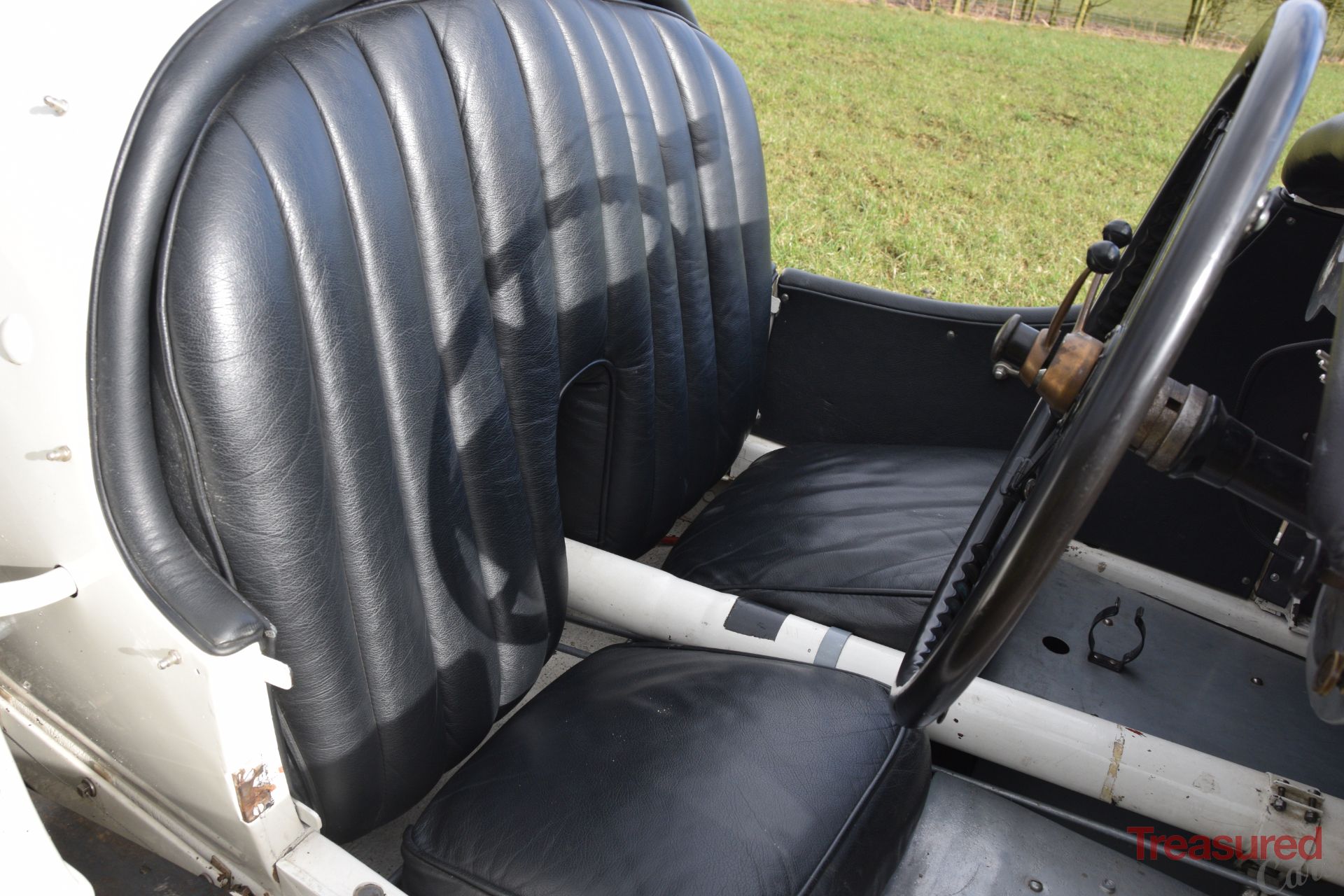 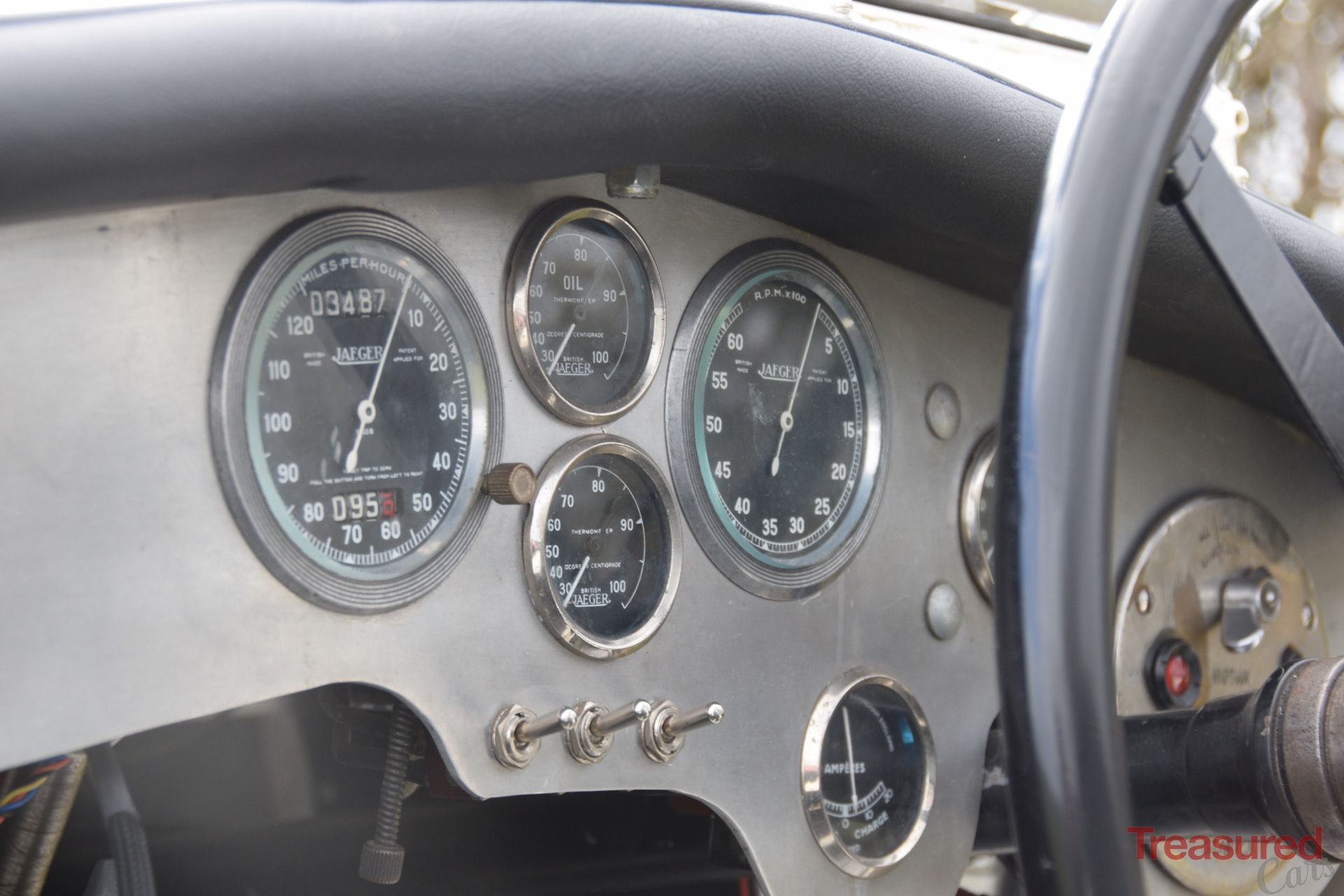 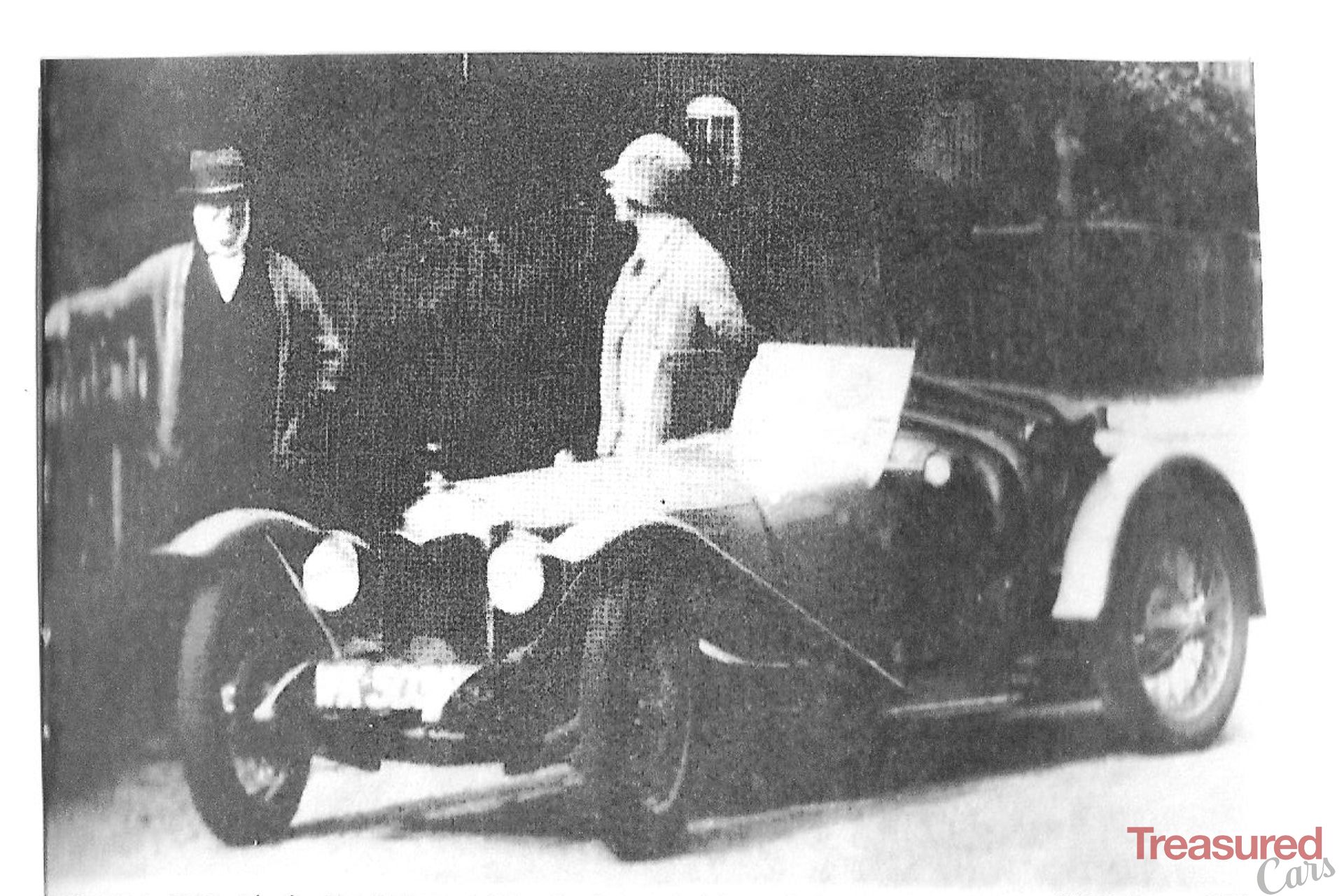 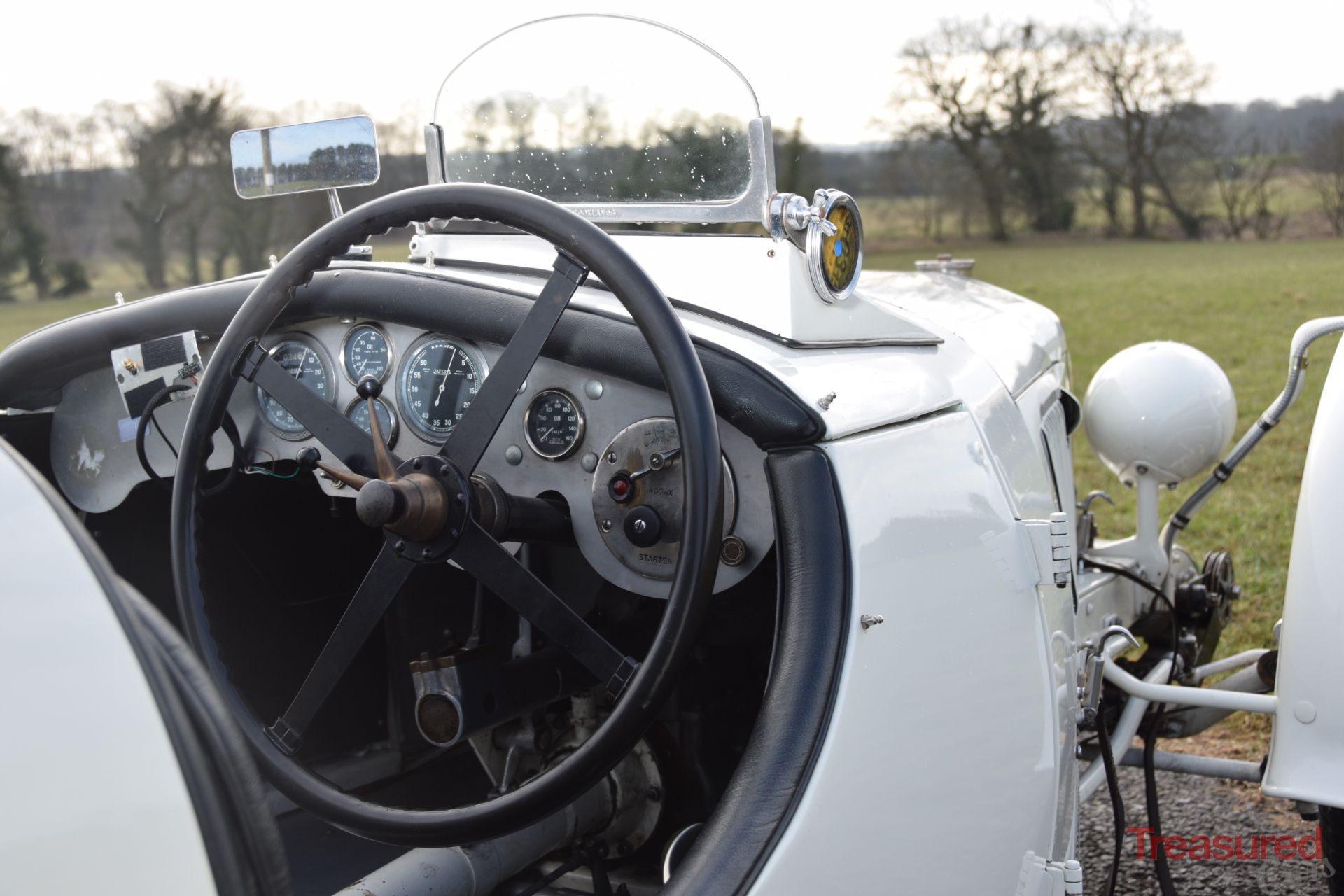 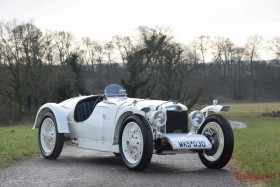 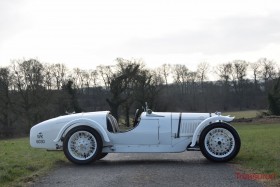 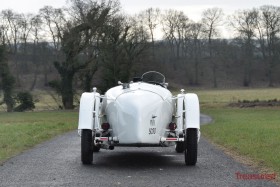 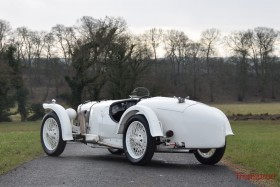 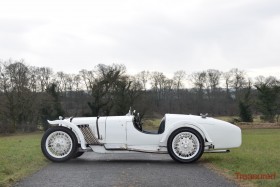 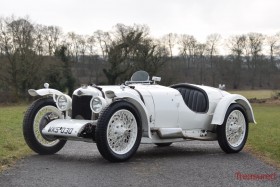 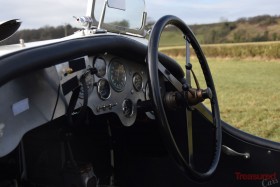 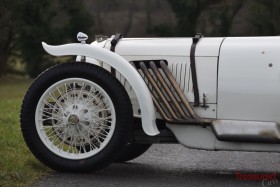 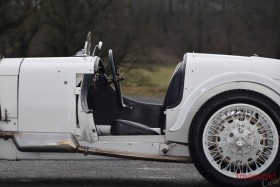 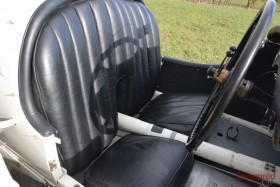 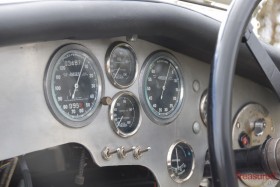 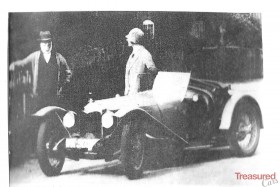 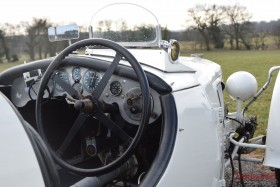 This enigmatic yet documented jewel of a car looks and drives in every way as it should do First registered on 15th April 1928 as WK 5030, it sits on chassis #8017. Photographic evidence dated 10th October 1928 points to it sporting a handsome touring, two-door long-tail Brooklands configuration.

For the next thirty years, the car seems to have evaded documentation. Then, in 1959 it pops up on the automotive radar again as it heads to Canada, and then on to the USA, where it remained until 1998. Later that year, Coys of Kensington complete an auction sale of chassis #8017. At this stage, It was still a highly original, early Brooklands but it was in a poor condition.

The car then benefited from a lengthy and total re-build at Collinson Jaguar of Farnham. Its 5 stud wheels and small brakes were enhanced to 6 stud wheels and cable brakes were added. The car’s provenance gathers significant pace here, as Malcolm Collinson, who was in charge of re-build, regularly corresponded with Barbara Farquhar, the renowned Riley historian.

Before being added to an important collection, the car received a refreshed interior, with black leather upholstery and an alloy dashboard, and correct Jaeger instruments.  Beautifully re-finished in period white coachwork, this car is now ready to enjoy.

The vendor has thoroughly enjoyed being part of the ongoing WK5030 story. Life-long memories have been made on events like the Paris to Madrid ‘Rally Round’ in both 2013 and 2014, along with ‘The Shamrock Rally’ in 2018.  But his most significant and lasting memories were made during the restoration of this car. We should all be indebted to him for securing the future of this very original Brooklands chassis #8017 for many more generations to enjoy. 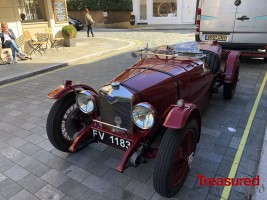 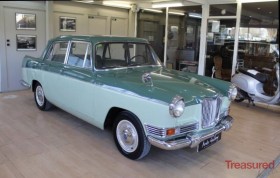 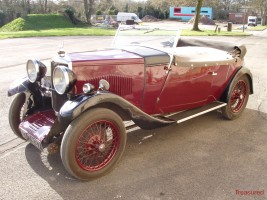