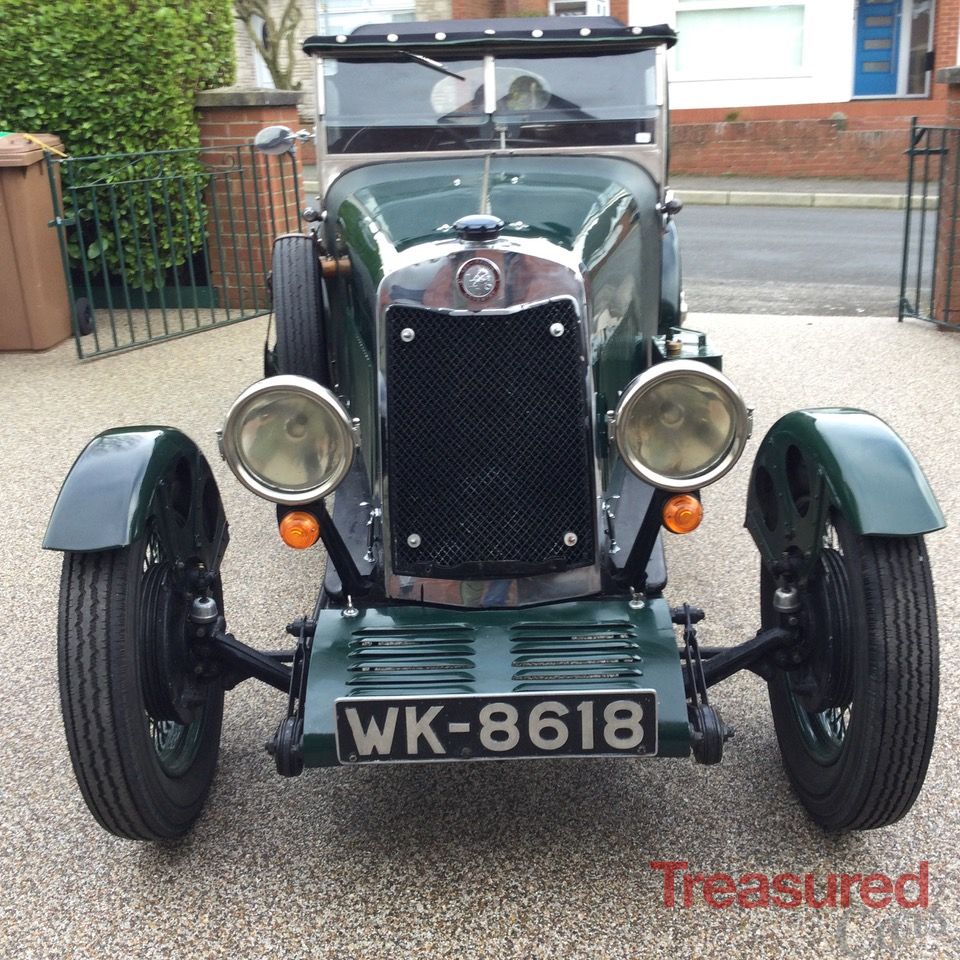 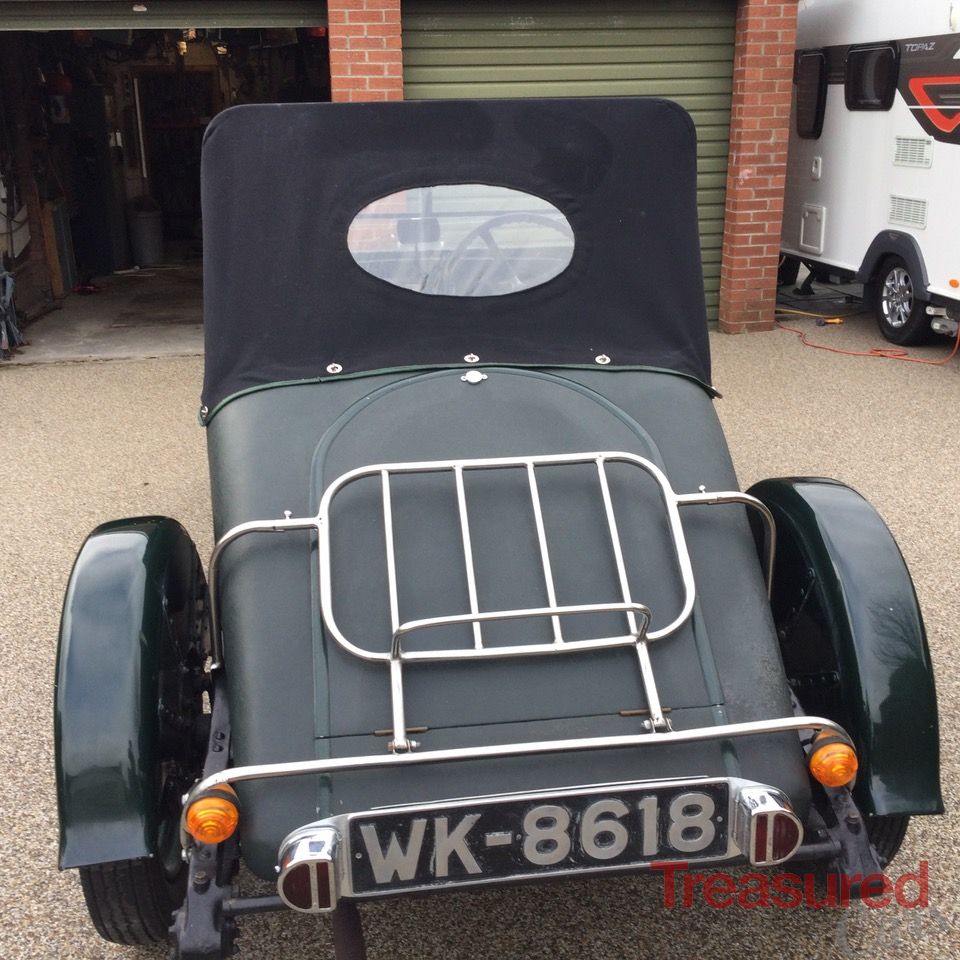 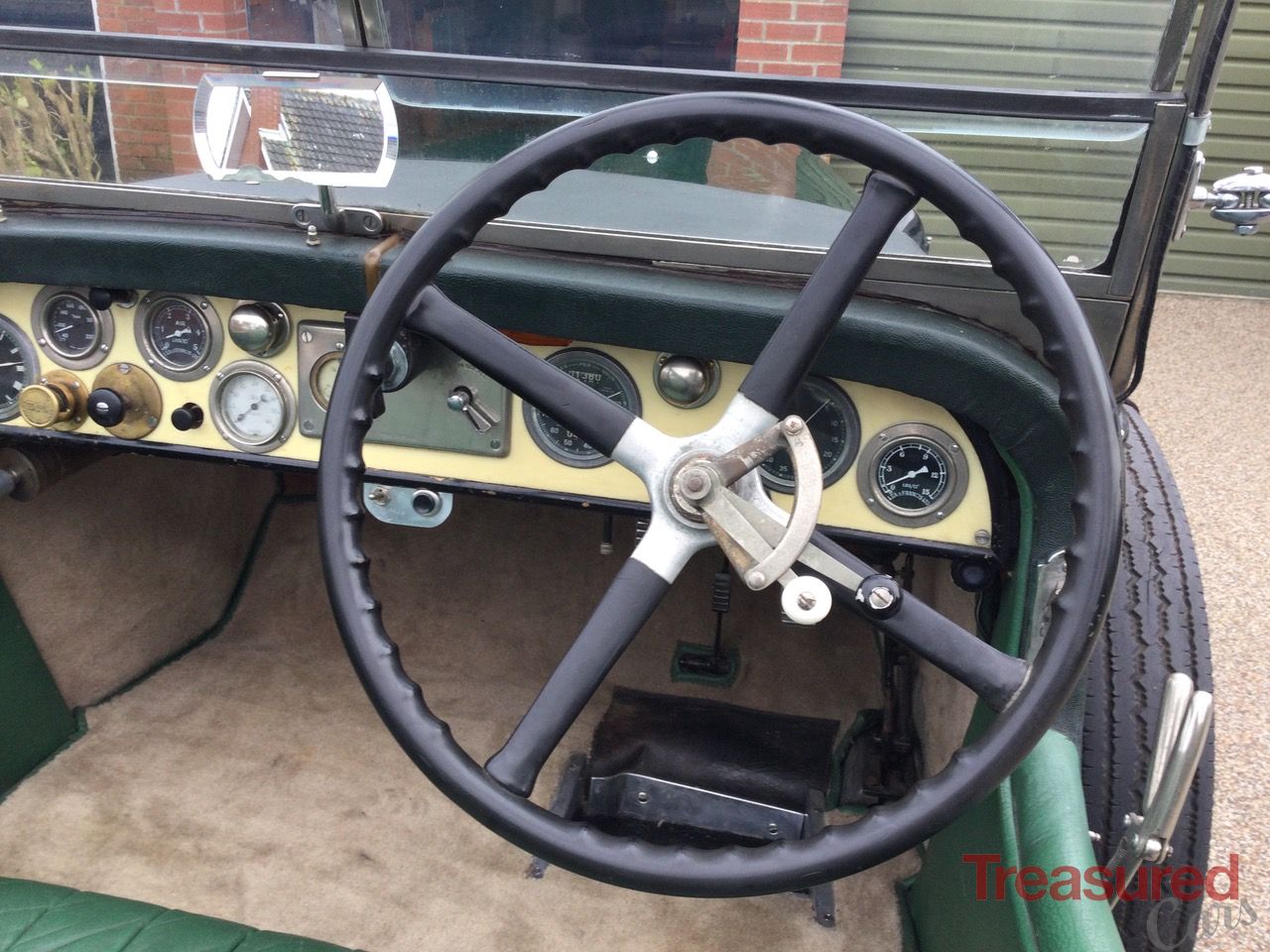 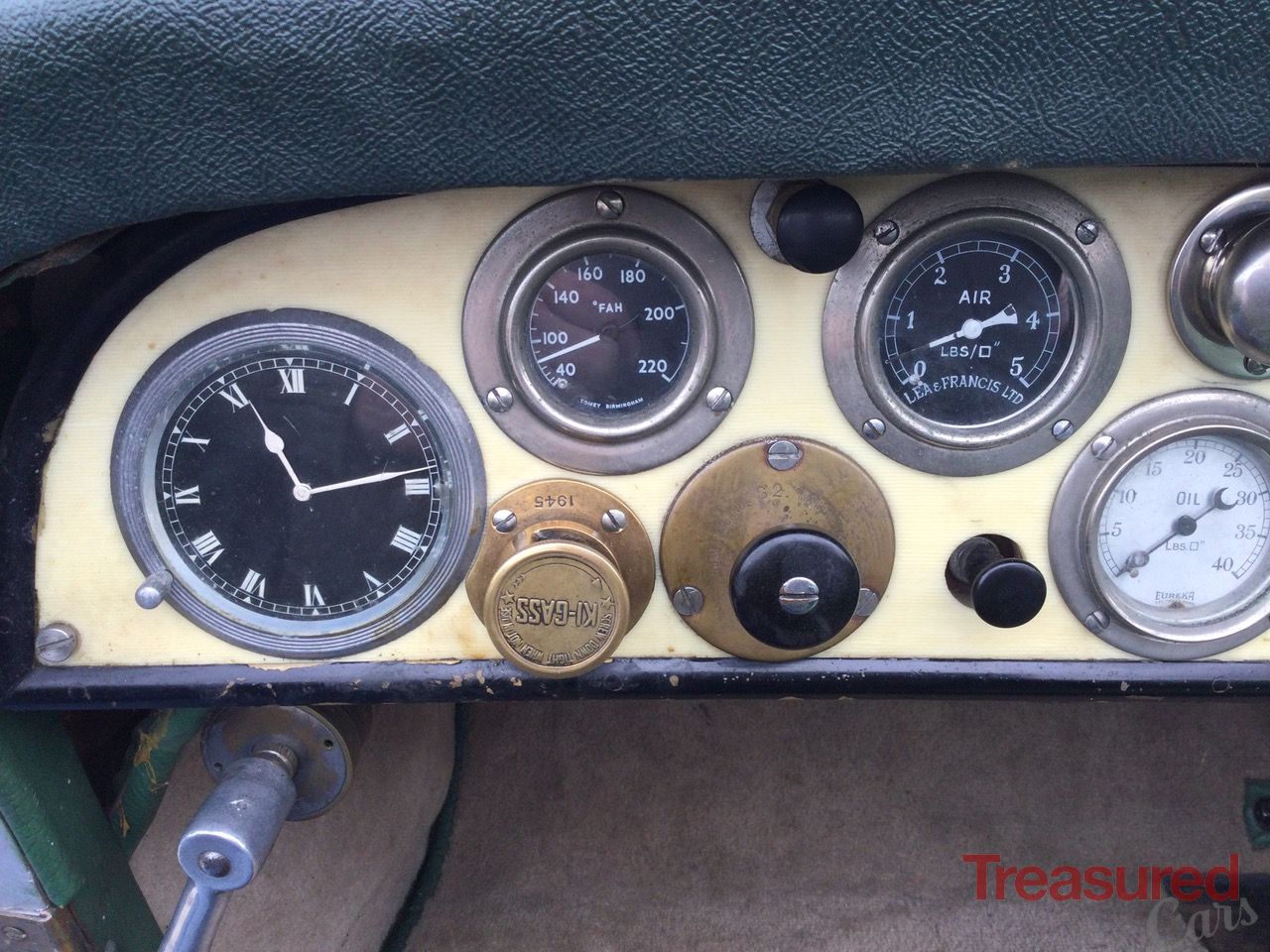 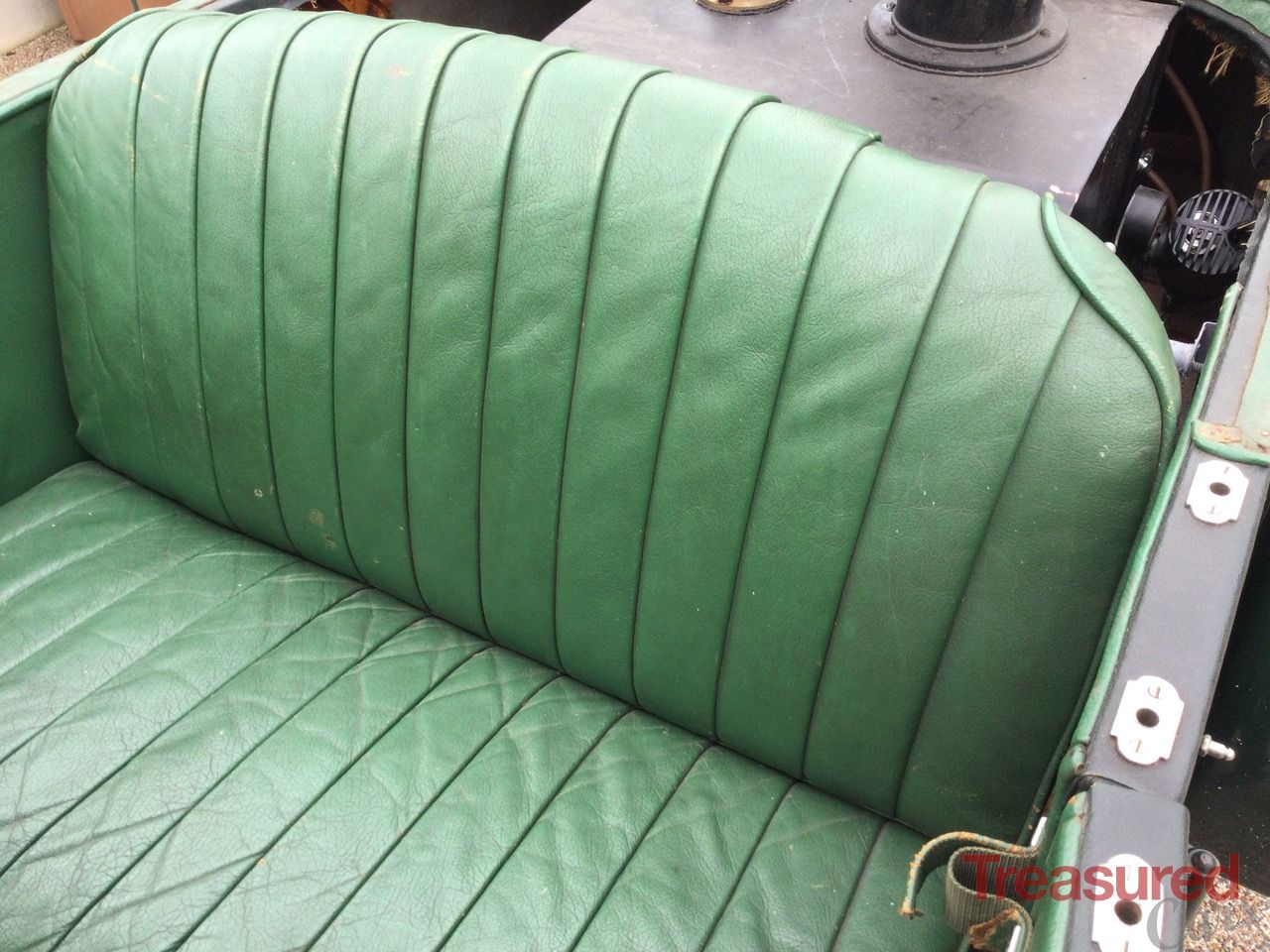 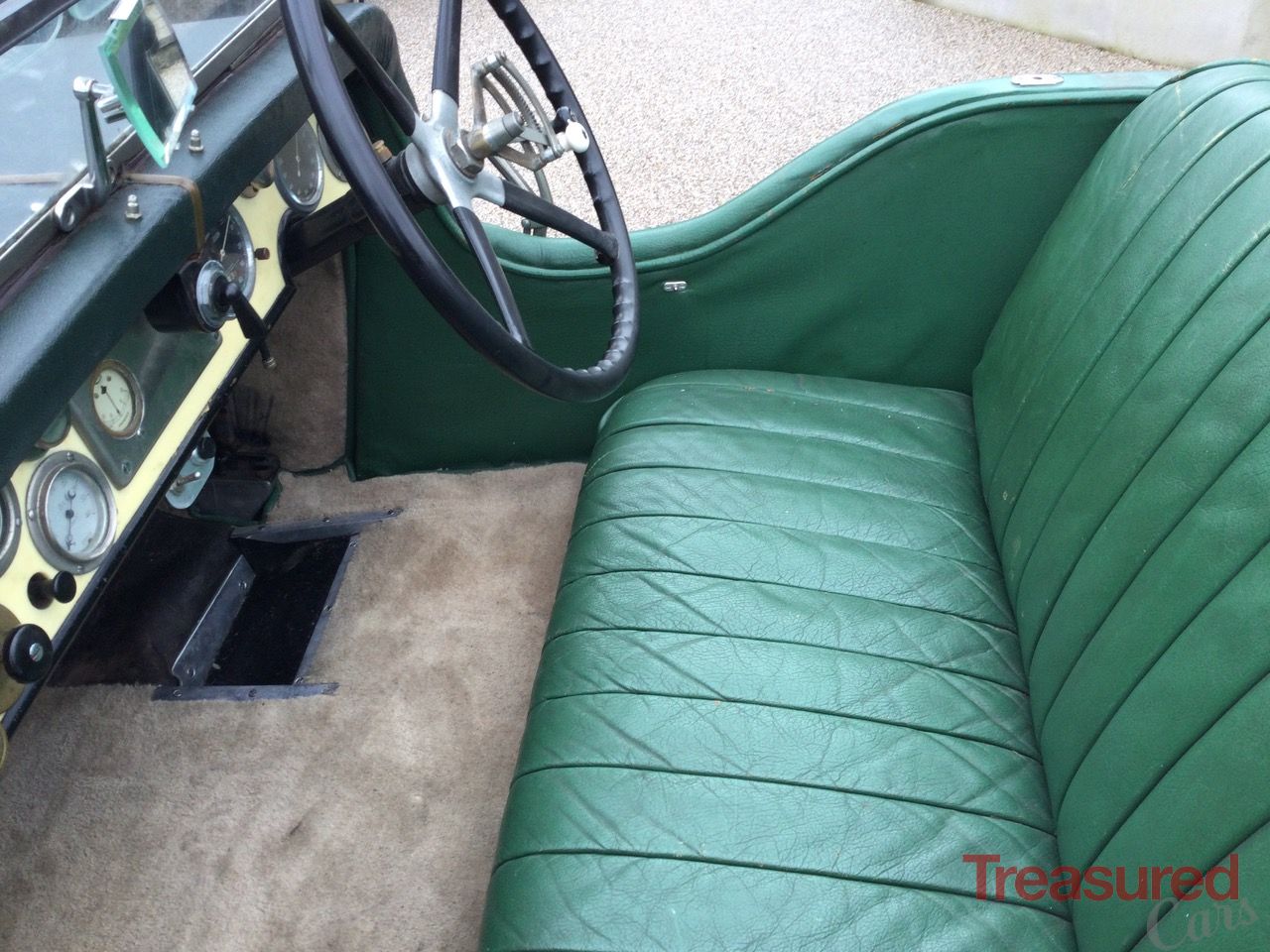 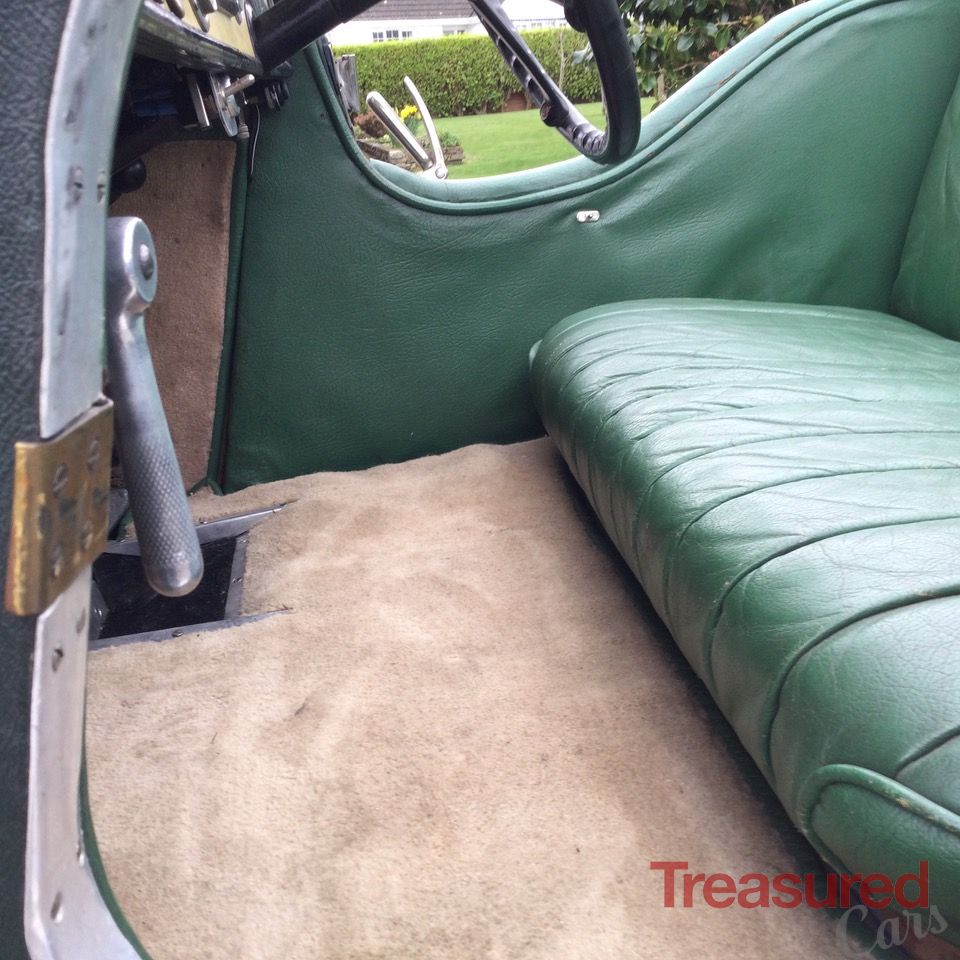 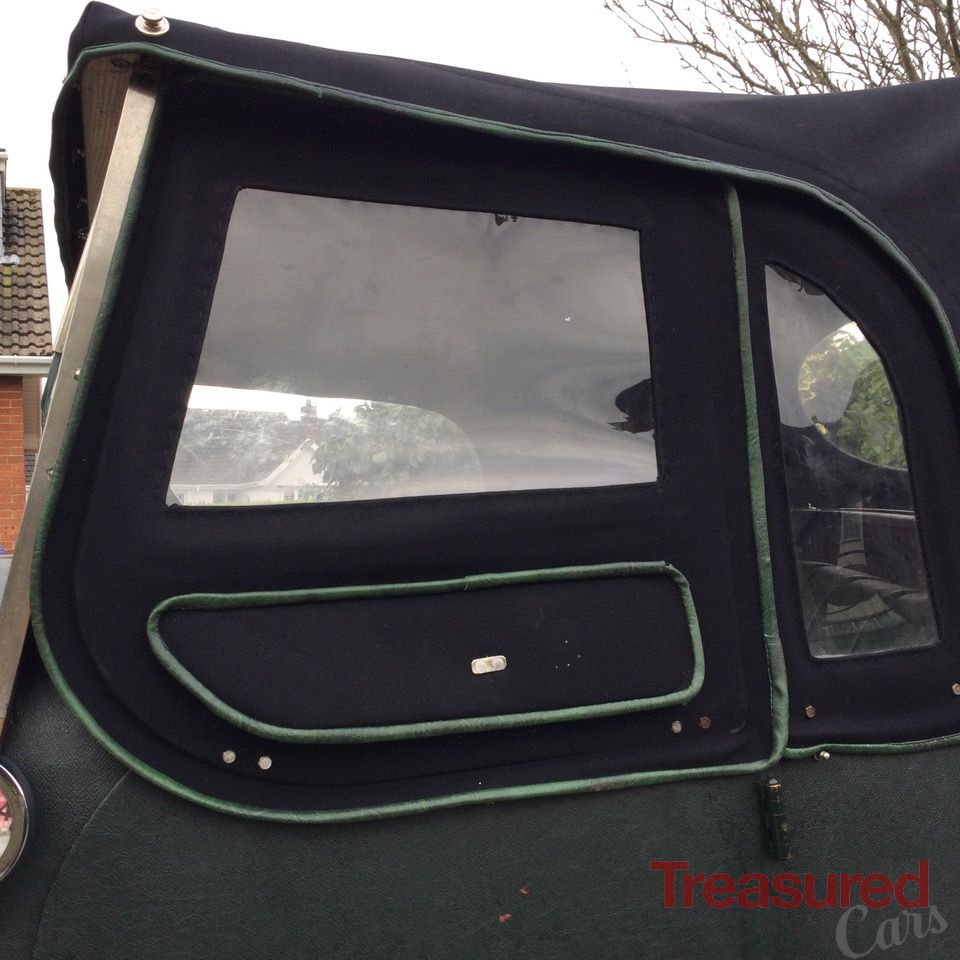 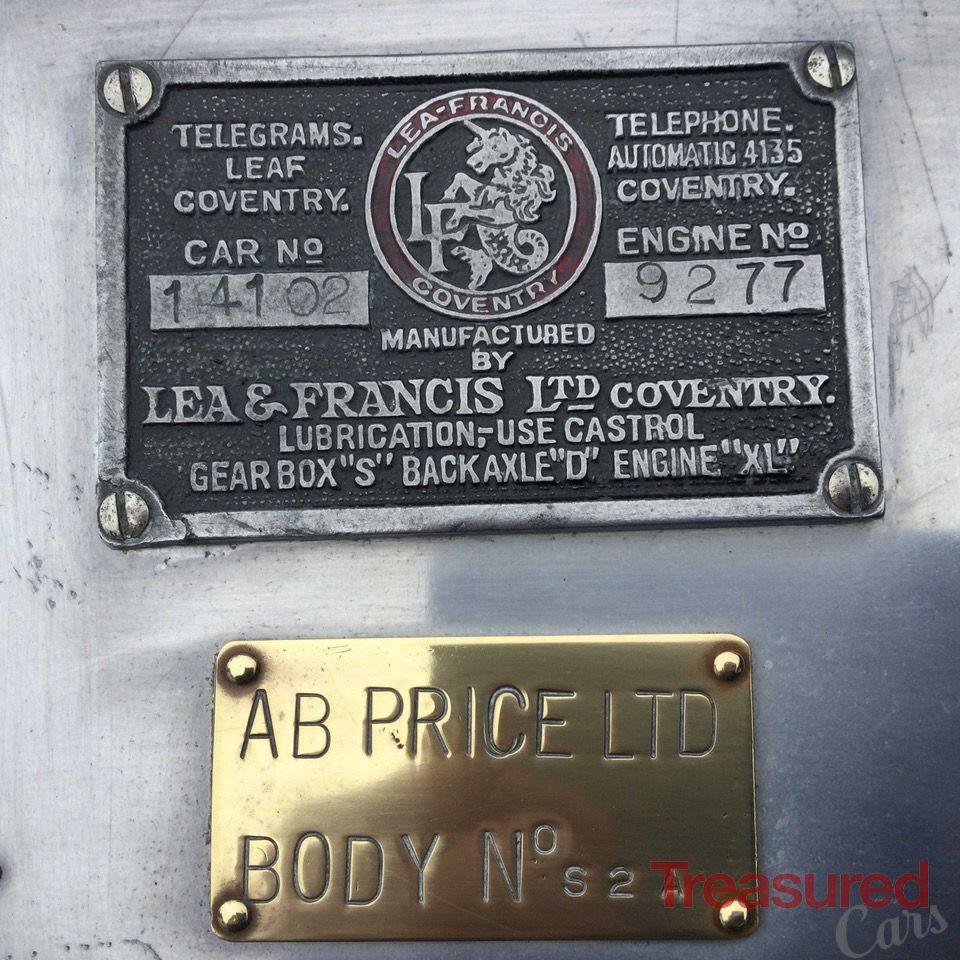 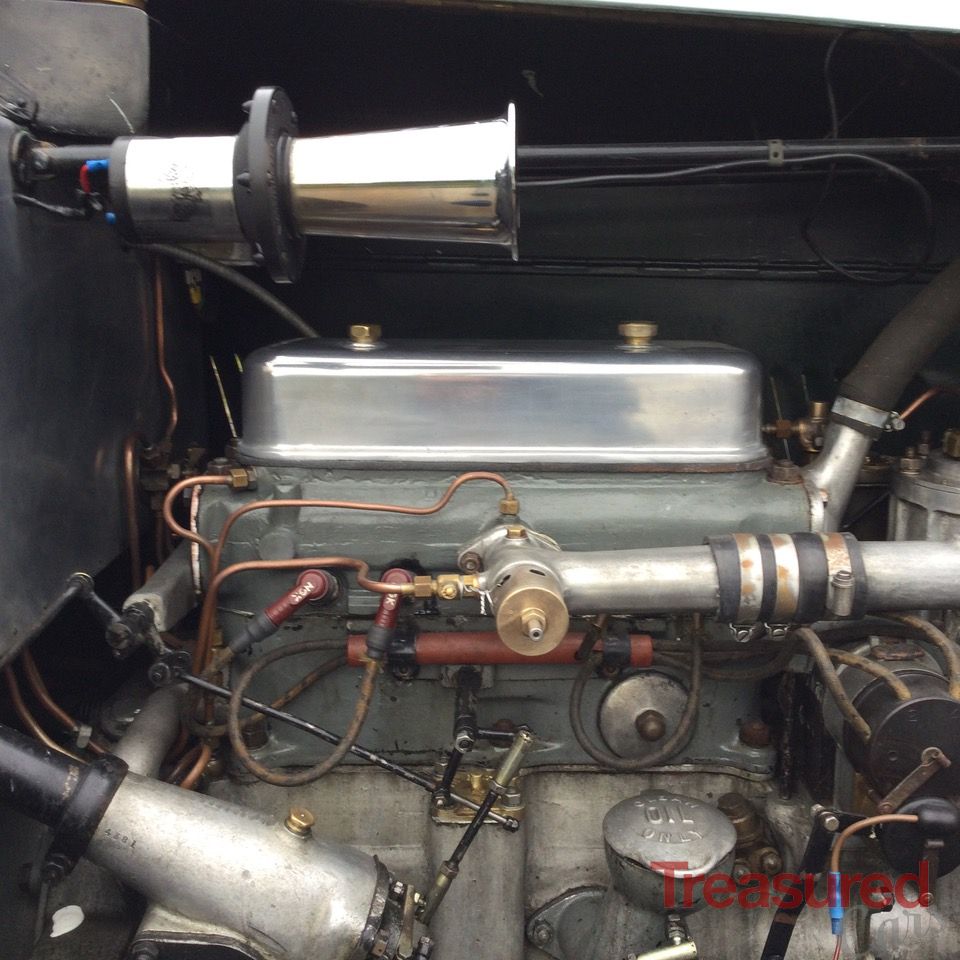 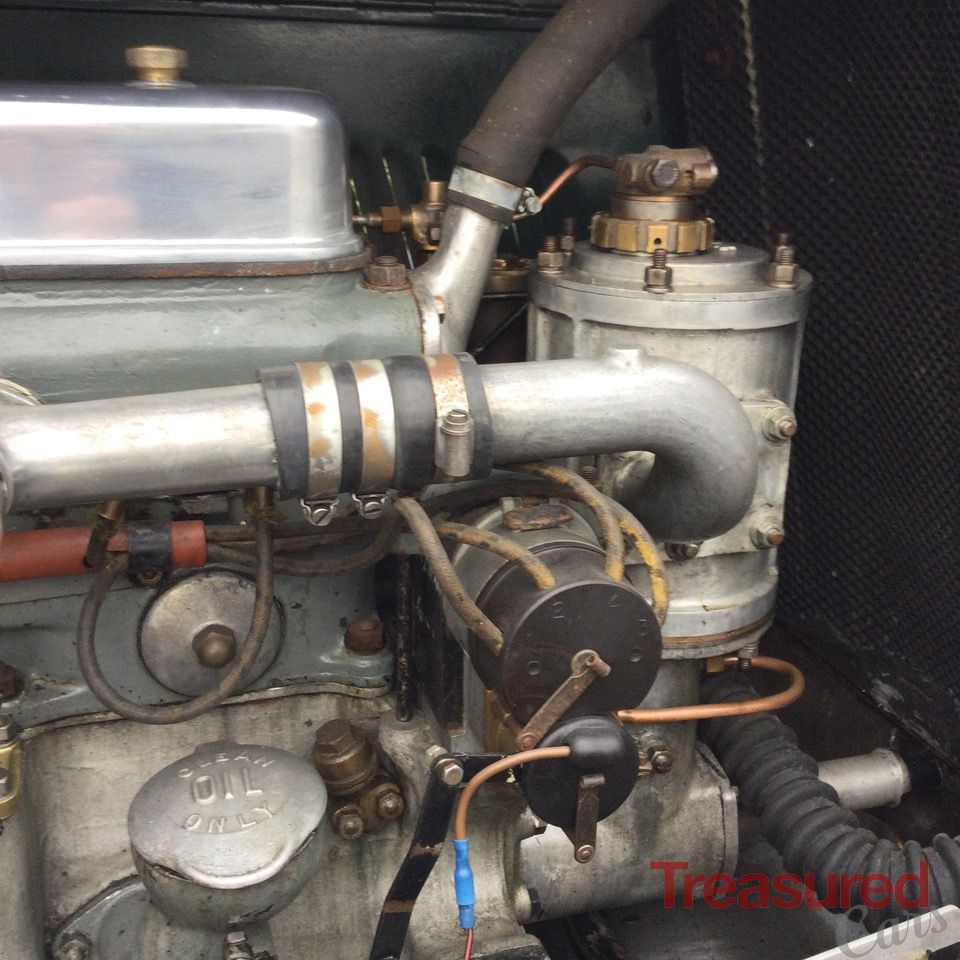 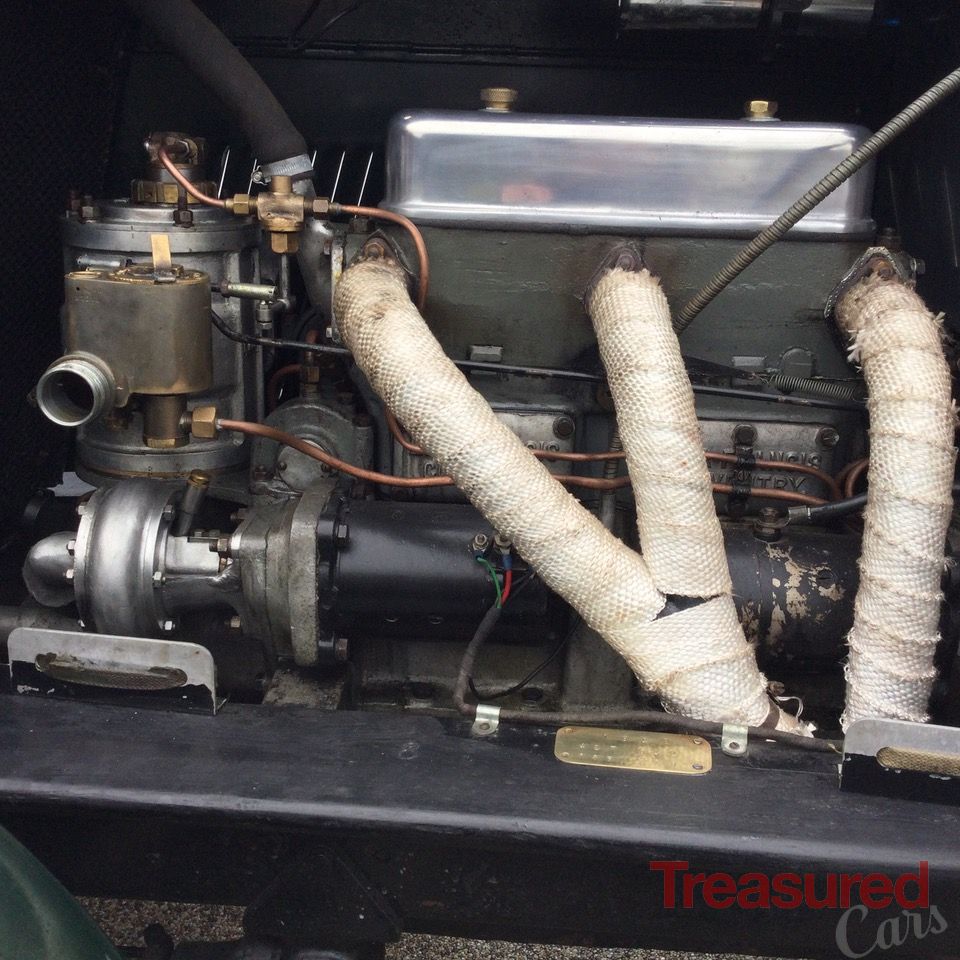 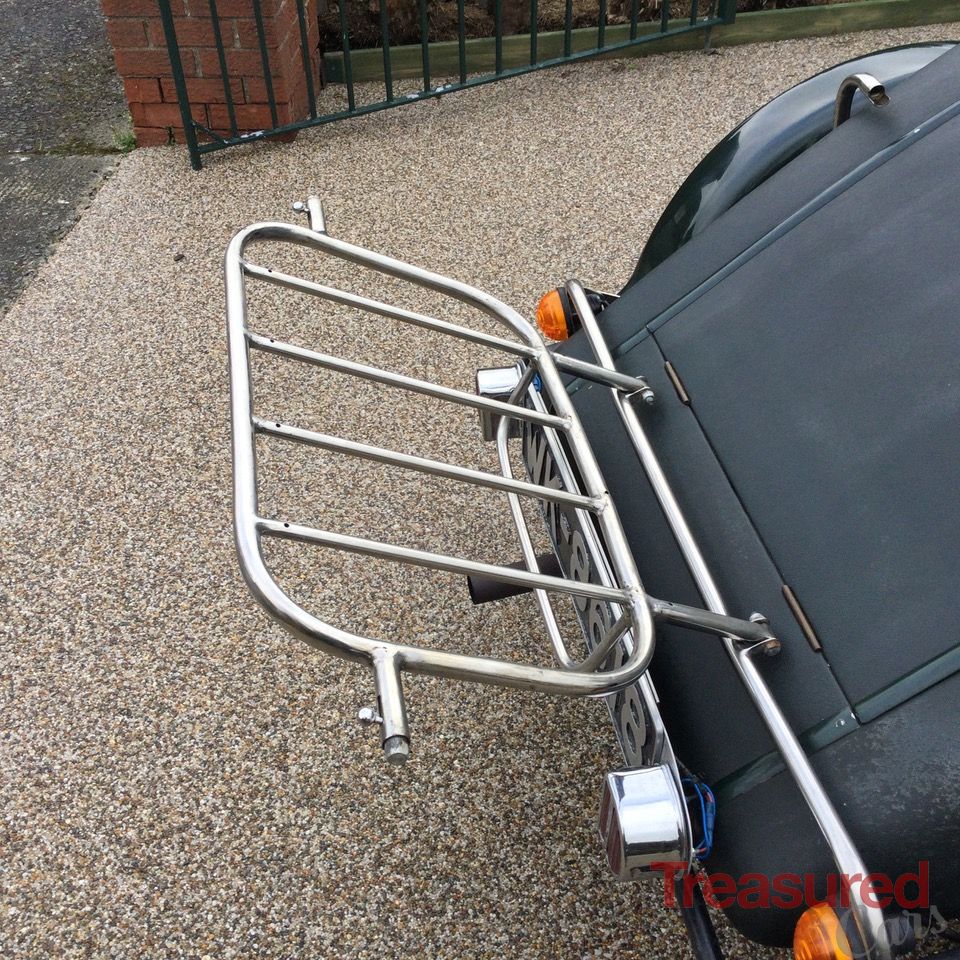 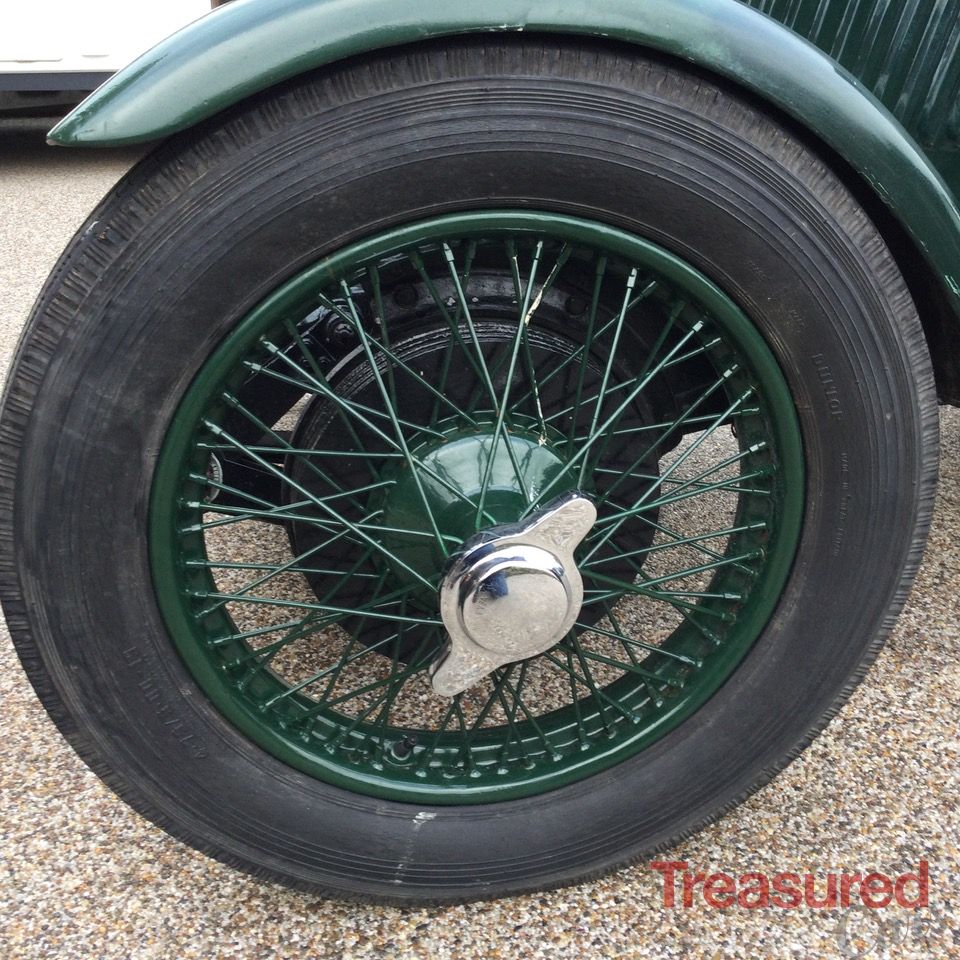 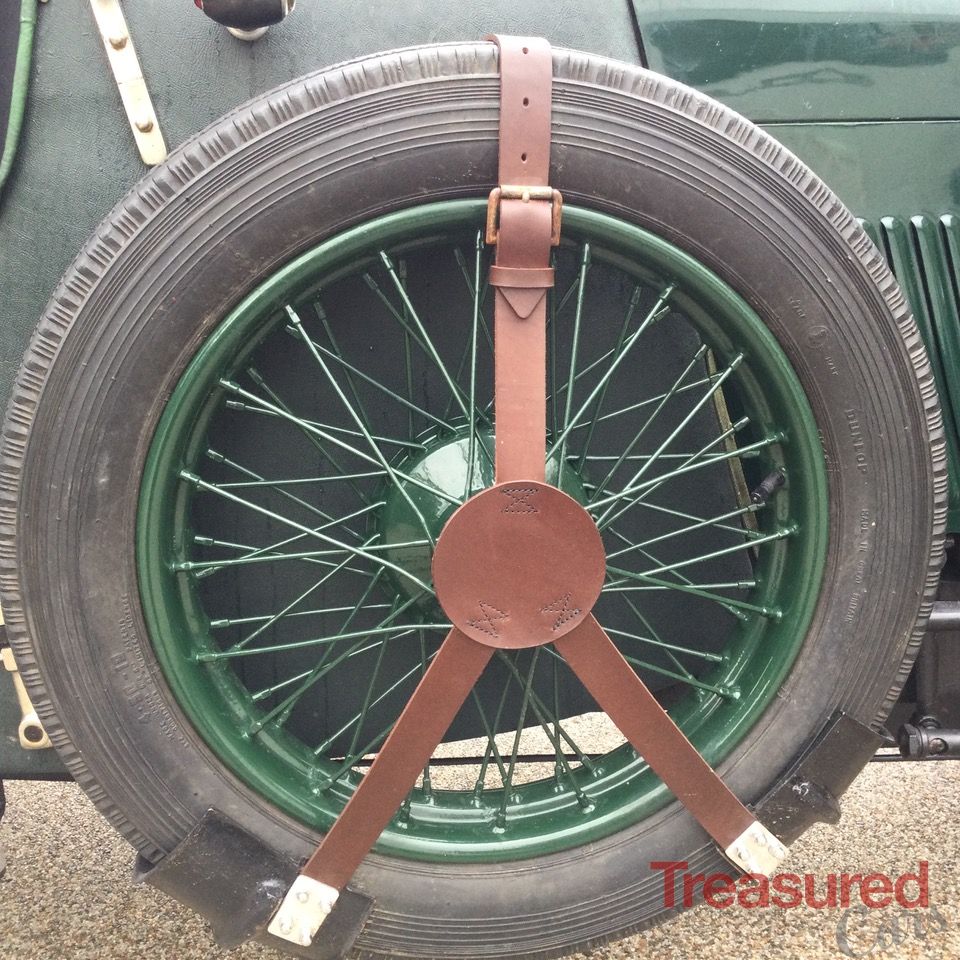 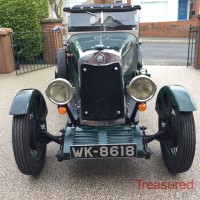 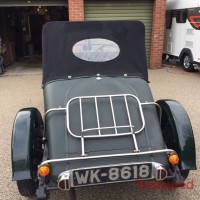 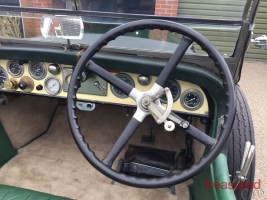 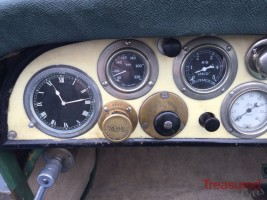 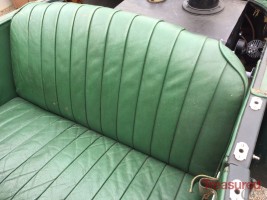 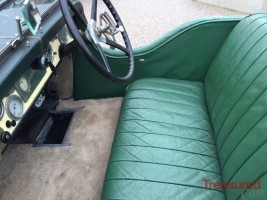 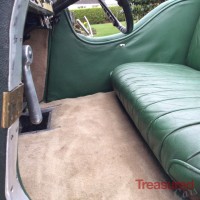 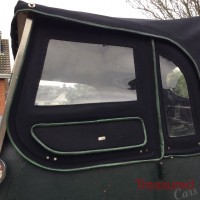 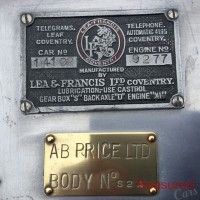 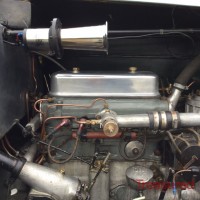 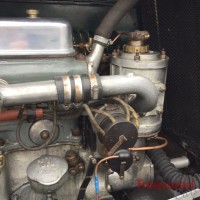 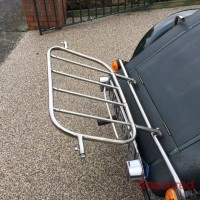 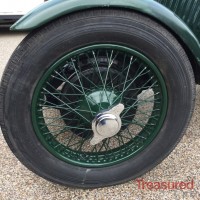 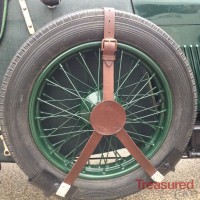 Rather undervalued - With such exciting performance even today, these cars compare very favourably in affordability when compared to unblown Frazer-Nashes at double the price.

Seriously worth considering this car :-

Originally a fabric bodied 2 seater by Cross and Ellis – this car was originally and unusually fitted with a Baer roller-bearing crankshaft from new - reserved typically for competition cars, although there is no record of this car having been used competitively in its early life.

This car 14102 was sold on 19th January 1929 to a Mr J Hampton Jones of Wolverhampton with one further owner by the name of Christian before the car was purchased by L.T. Delaney & Son.

Delaney owned Galley Radiators – his son Tom Delaney (1911-2006) being a keen racer, best known today for having raced his own Lea Francis, holding his race licence longer than anyone else on record, over 7 decades up to his death in 2006.

Delaneys owned 14102 for about a year, during which time the original roller bearing crank was replaced due to it breaking. The Lea-Francis Works overhauled the car, invoiced on 16th June 1933. At some point that year accident damage was also carried out at the Works, which included replacing the chassis frame with what is believed to have been a P-type frame, although it may well have been an unstamped spare frome which would have had drillings for all models just in case of quick repairs needing to be carried out.

Records relate to Mr Briscoe selling in May 1949 to Mr H Hall of Abingdon. Around this time or later the body was re-panelled in aluminium and the supercharger removed.

Sometime in the 1950s a Jaguar rear axle was substituted, which was a common modification at the time as it resolved a Lea-Francis half-shaft problem by introducing tapered half-shafts, rather than parallel splined offerings for the hubs.

In February 1966 this car was purchased by LEAF Owners Club member John Mobbs who used it extensively, including various competitions.

A Mr Barnes of Alcester acquired this car in 1973, before longer term owner Ian Oliver purchased it in 1976 until selling in 2011. During Ian’s ownership the body was rebuilt again and returned to the correct green fabric skin and the all important Cozette No9 supercharger was reinstated. Ian sold to Geoffrey Minter and then on in 2012 to the present owner that we represent in selling this car today.

ENGINE NOTES The original engine 9277 (although Horace Underhill recorded it incorrectly we are told as 9274) was replaced with engine 9312 from a P-Type Lea-Francis chassis number 13724 in 1964, and again at some point with engine 9858, originally fitted to a W-Type Lea-Francis saloon, chassis 18054.

Since 2012 the following work has been carried out – without any additional holes drilled – so no lighter !

The owner is only selling to make way for another vintage car – variety being the spice of life!

LEA-FRANCIS S-type HYPER background       Richard Lea and Gordon Francis commenced as bicycle manufacturers - as so many people did in the 19th century – but quite late in 1895 - moving on to build a strange and quite unsaleable three-wheeled, 3-cylinder car in 1903, and continued pushing out rather unremarkable cars until 1925 when they chose to adopt the new Meadows 1496cc engine that was to transform a number of other car manufacturers in the coming years…

Lea-Francis of Coventry were amongst the first of the car manufacturers to specify the Meadows four-cylinder, overhead valve, 1¼ litre, and 1½ litre engines, which between 1923 and 1932 were fitted to more than 4,000 Lea-Francis cars.

In 1928 a No9 Cozette supercharged Meadows 4ED 1½ litre engine, powered Kaye Don’s Lea-Francis ‘Hyper’ sports car, which won the Ards Tourist Trophy Meeting in Ulster, Northern Ireland. It was remarked that the pint-sized Blower Bentley immediately turned Lea-Francis cars into something very desirable amongst the 250,000 spectators who attended that race meeting.  These 4-cylinder Meadows engines were also used in the Frazer Nash ‘T.T. Replica’ models which were very successful in trials events.

Handmade Lea-Francis Hyper S-type cars were considerably better than that of their competitors - with superior performance – indeed a Hyper was the very first 1500cc car to finish at Le Mans in 1929 AND 1930. Sam Newton and Kenneth Peacock drove their car from Coventry to Le Mans, practised for some days, competed in the 24-hour Le Mans – and then drove back to Coventry… They were privateers, with no factory team back up attending!

Sadly the Lea-Francis company limped through the depression of 1929, failing to make the 14 cars a week break even point in receivership, until 1937 when the company got a second wind when two Riley executives purchased the company for £37,000.

With such exciting performance even today, these cars compare very favourably in affordability when compared to unblown Frazer-Nashes at double the price… seriously worth considering…

Older Restoration (more than 20 years ago)