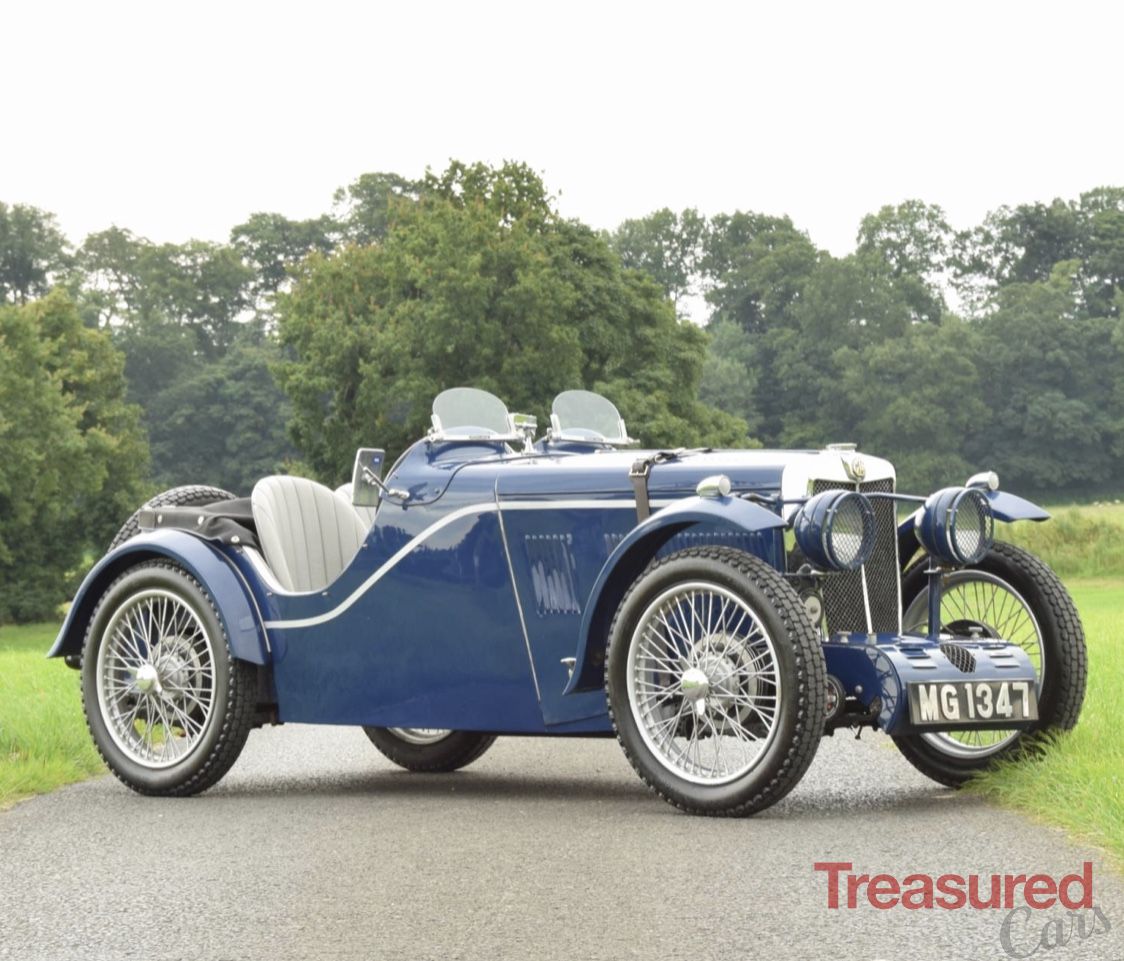 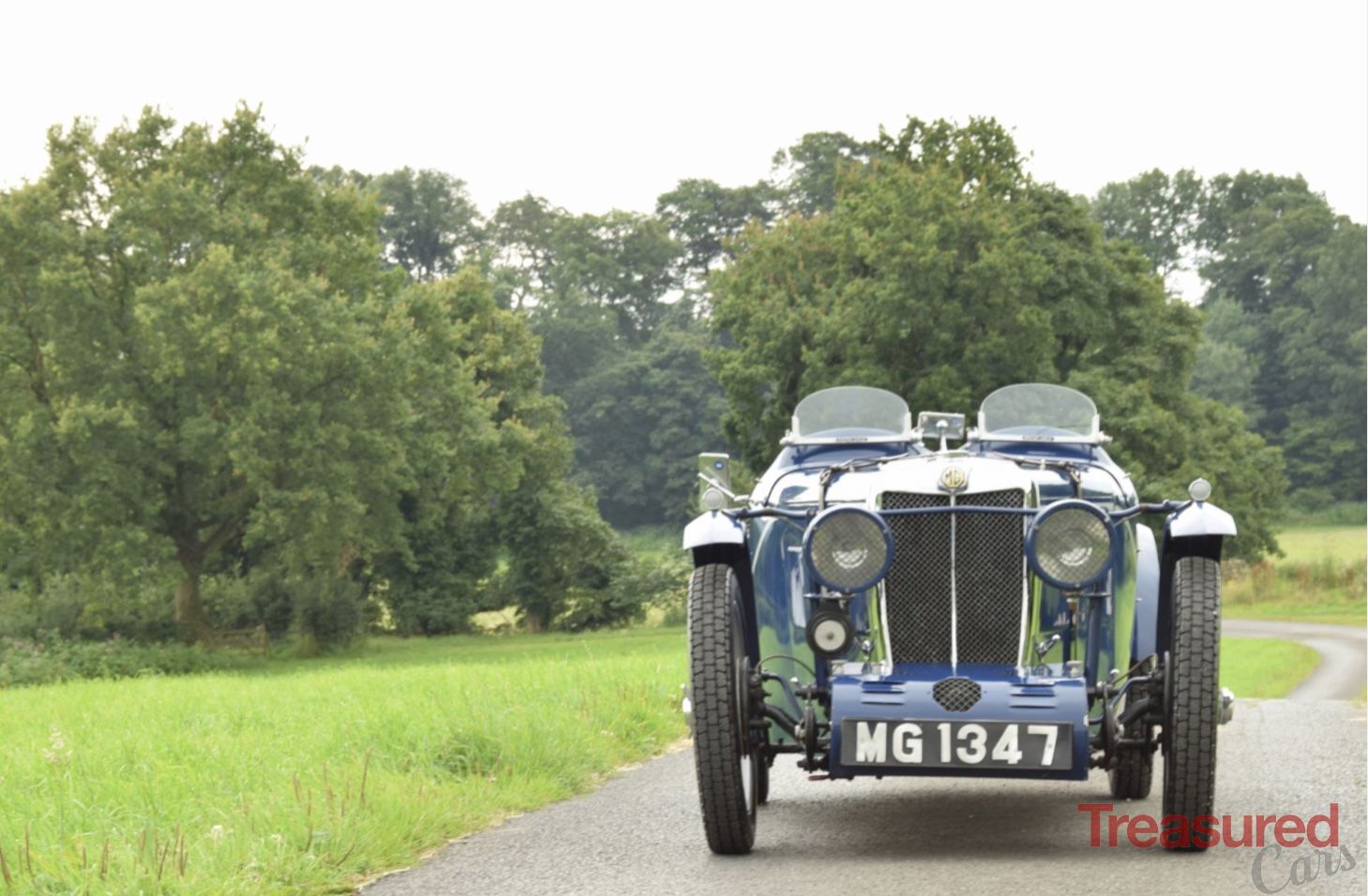 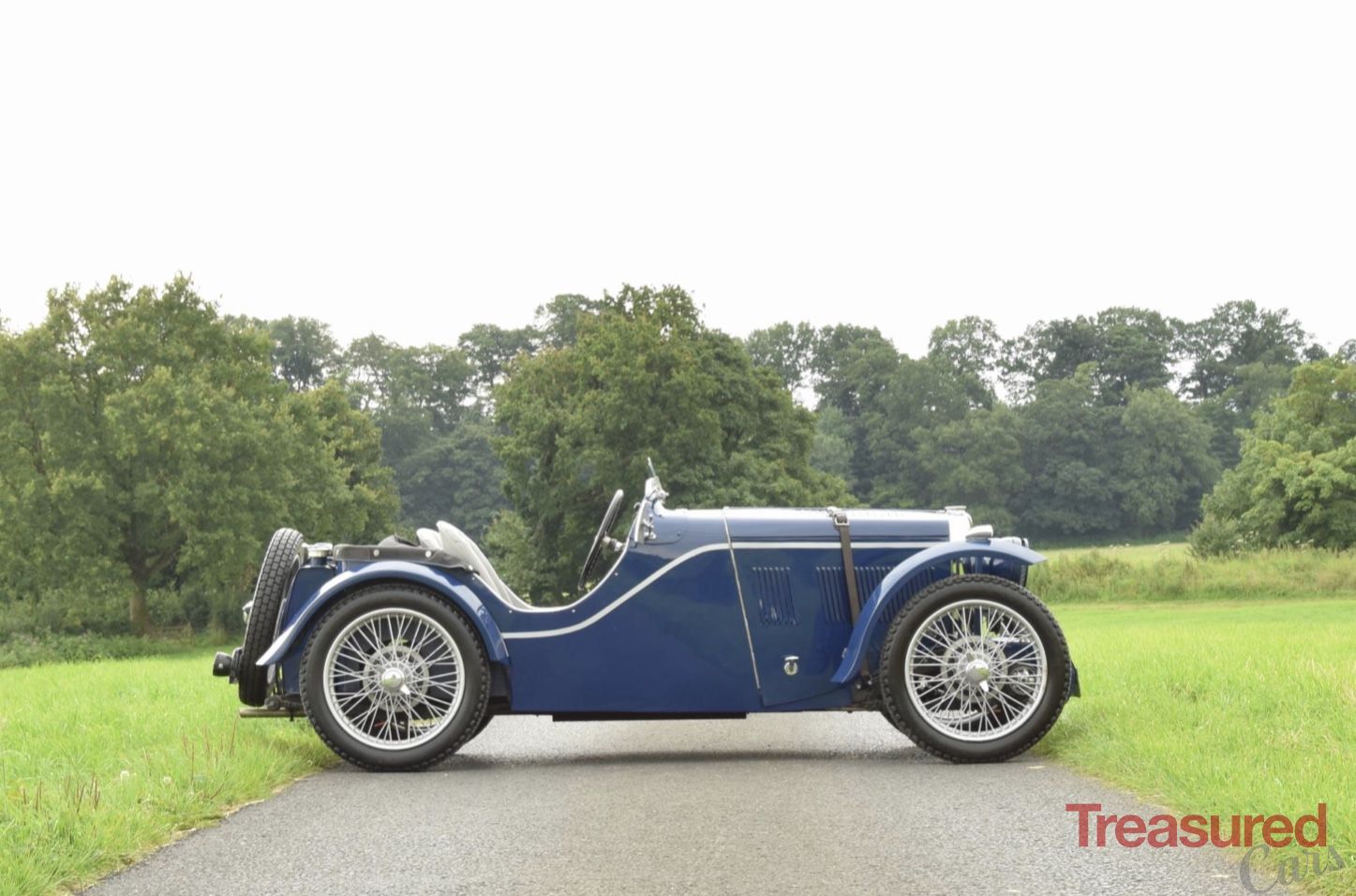 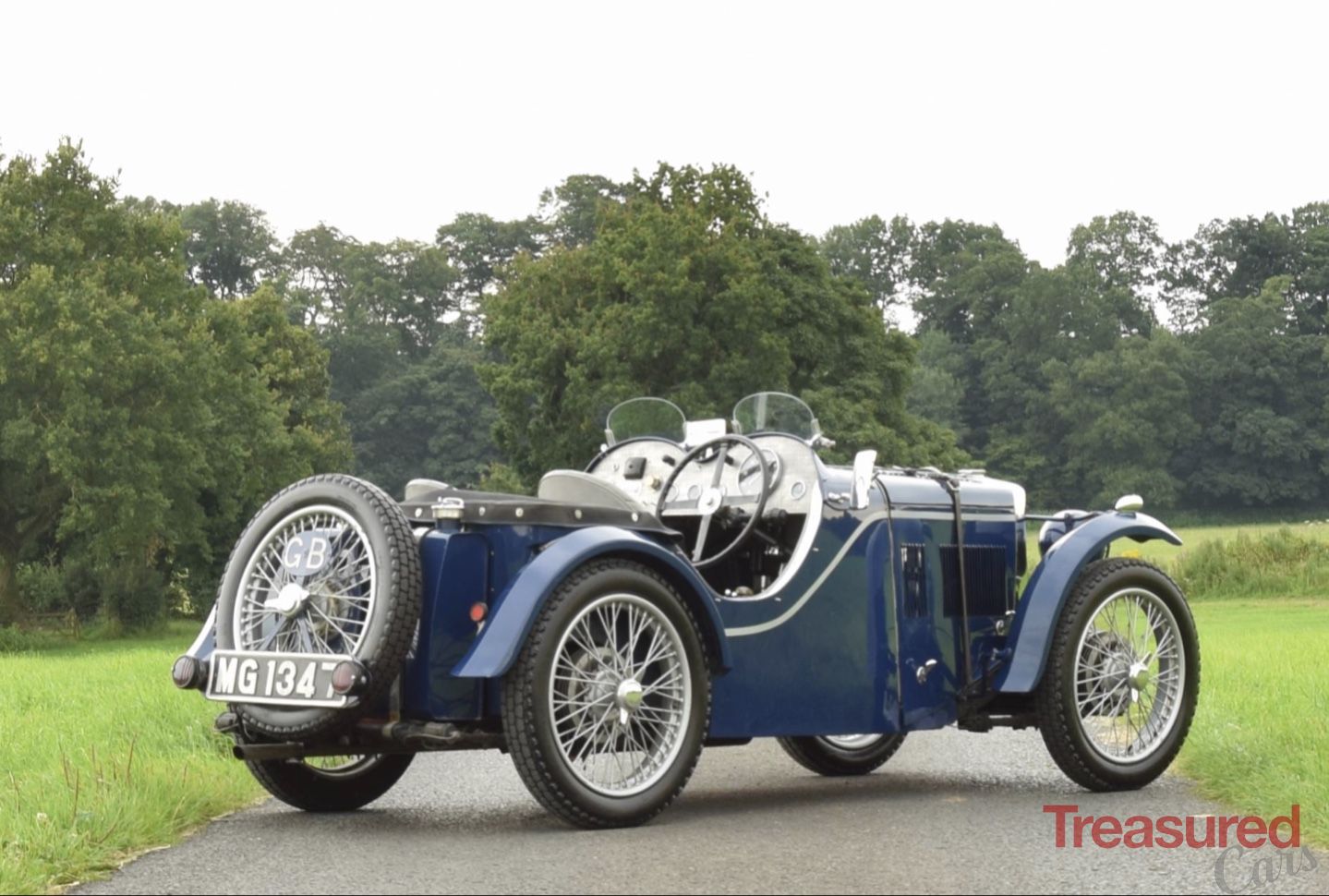 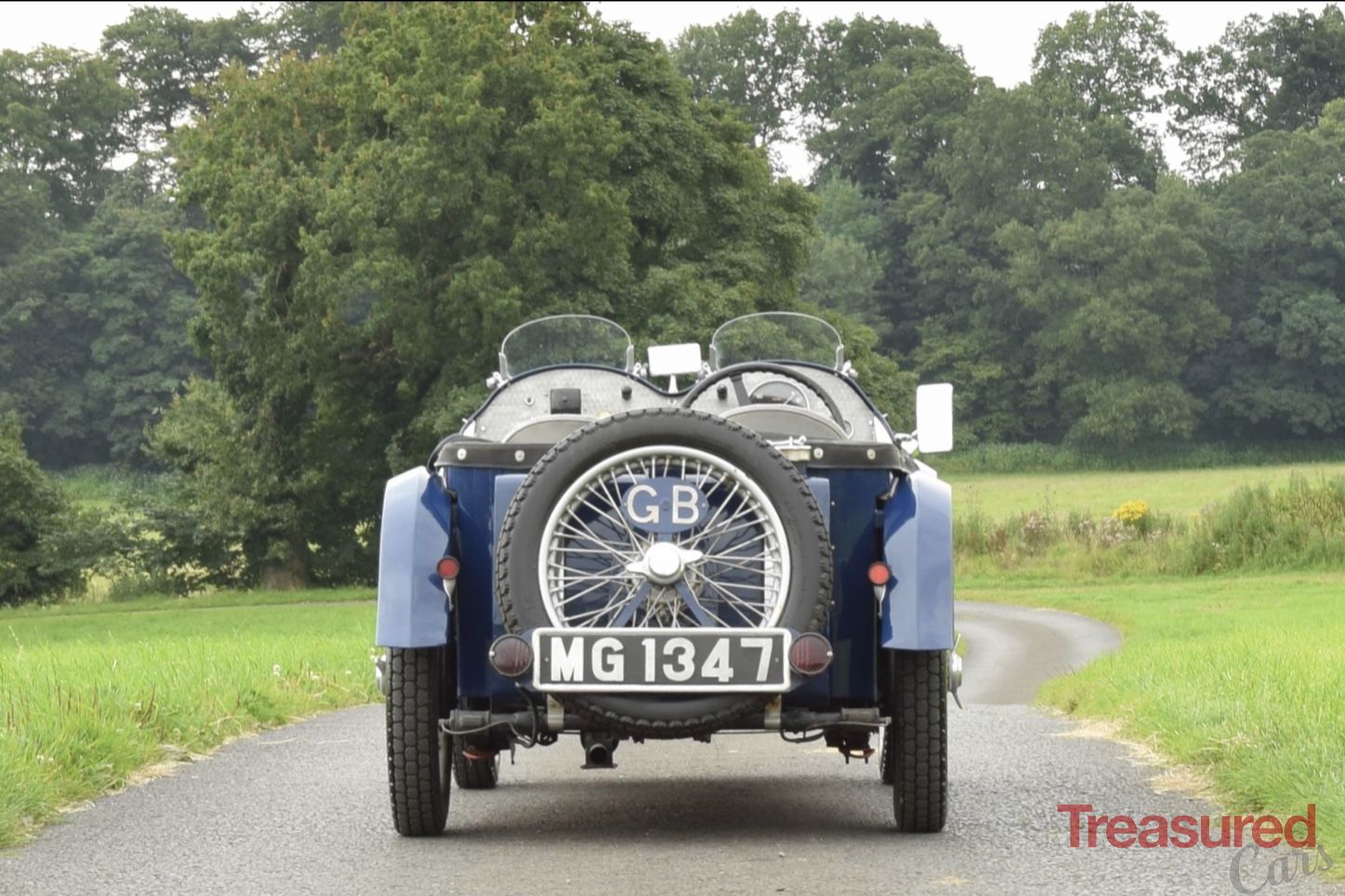 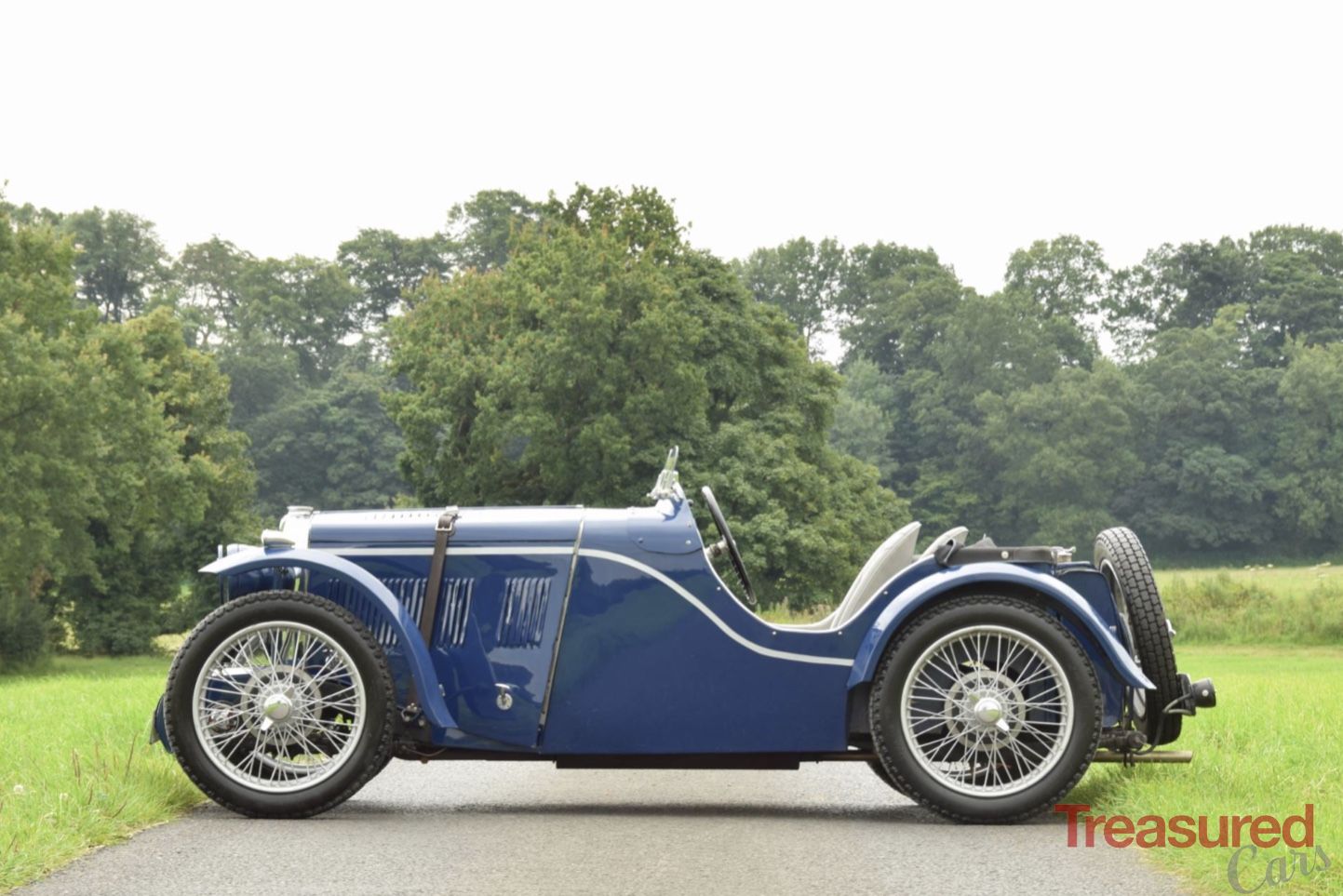 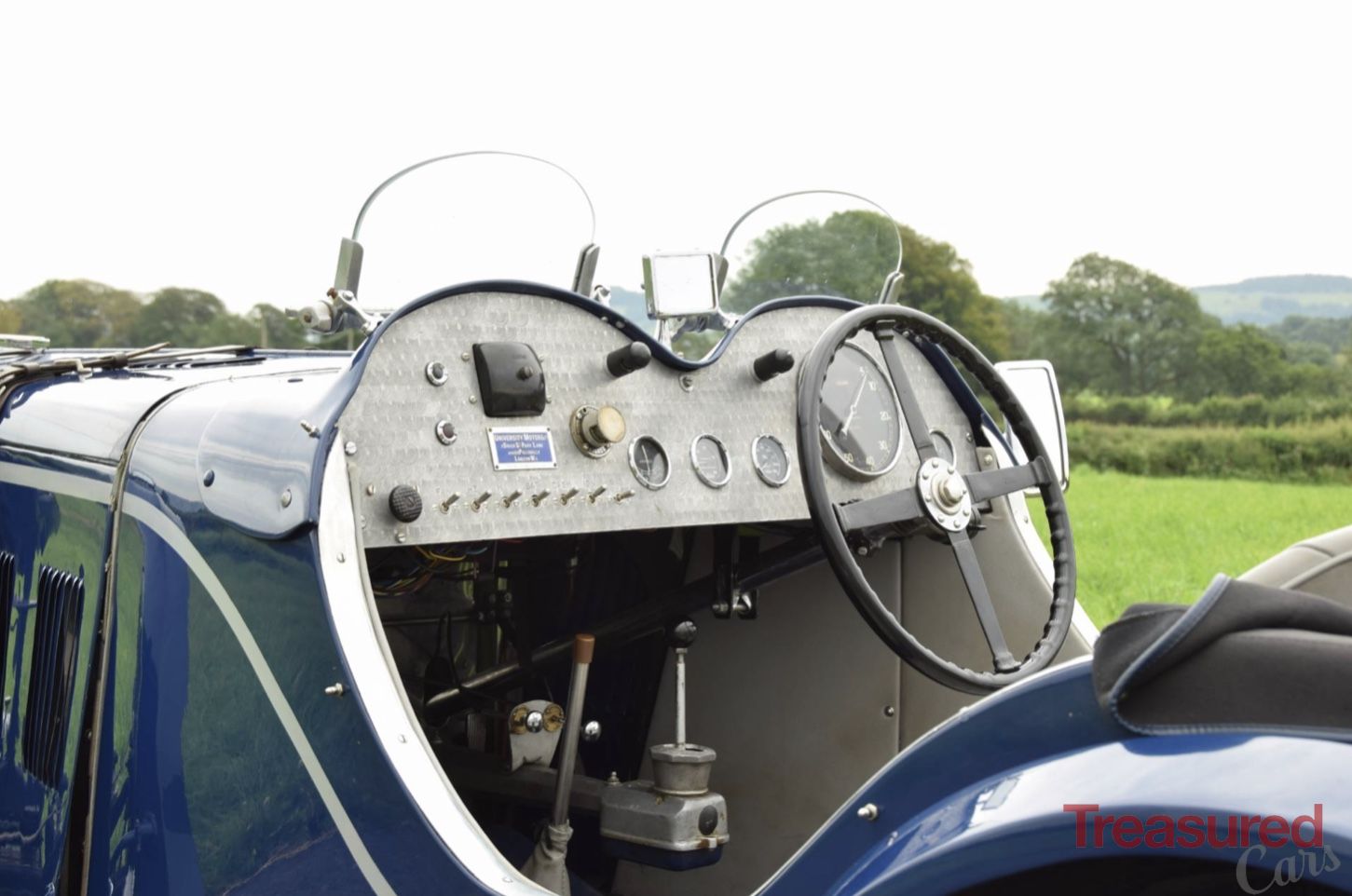 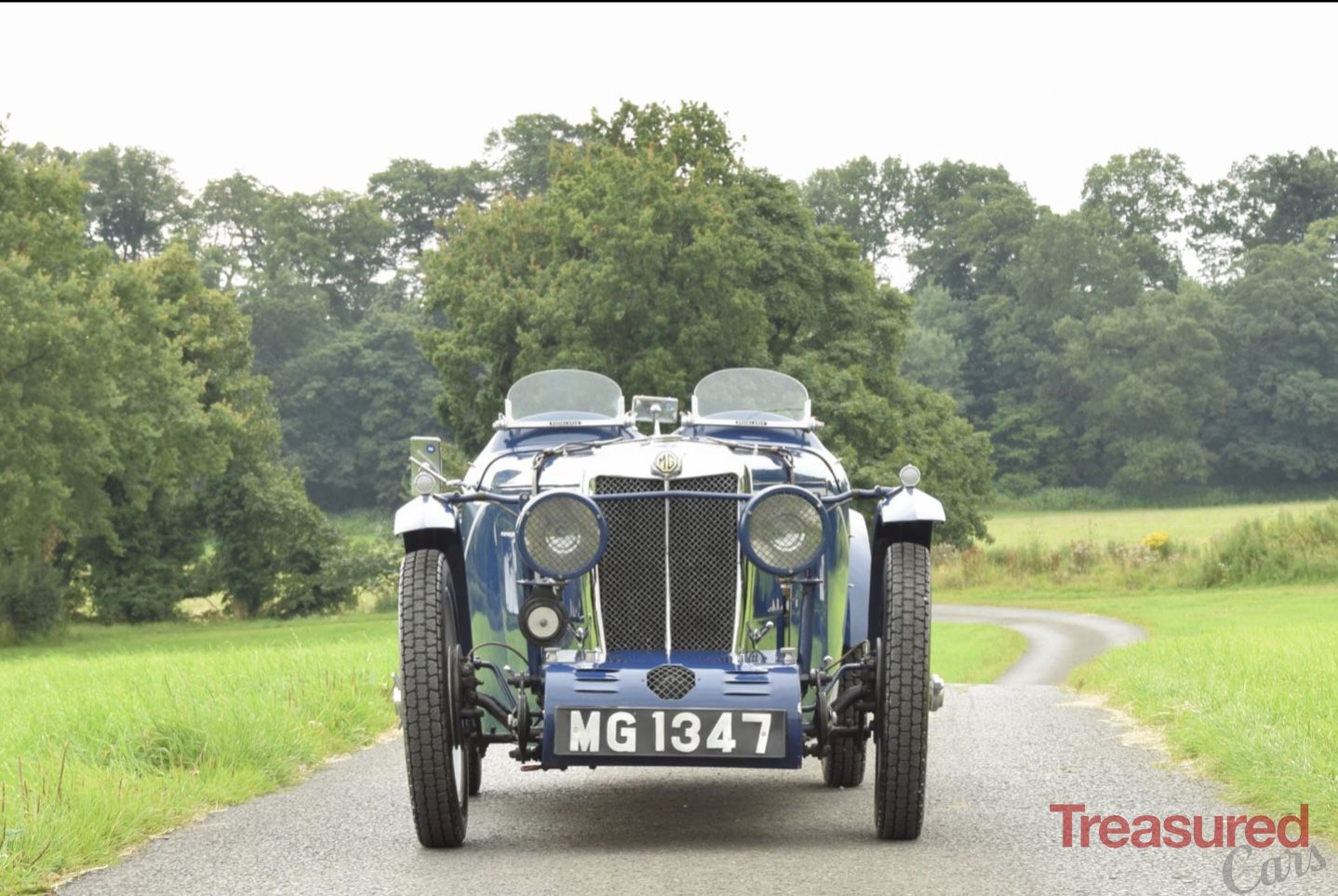 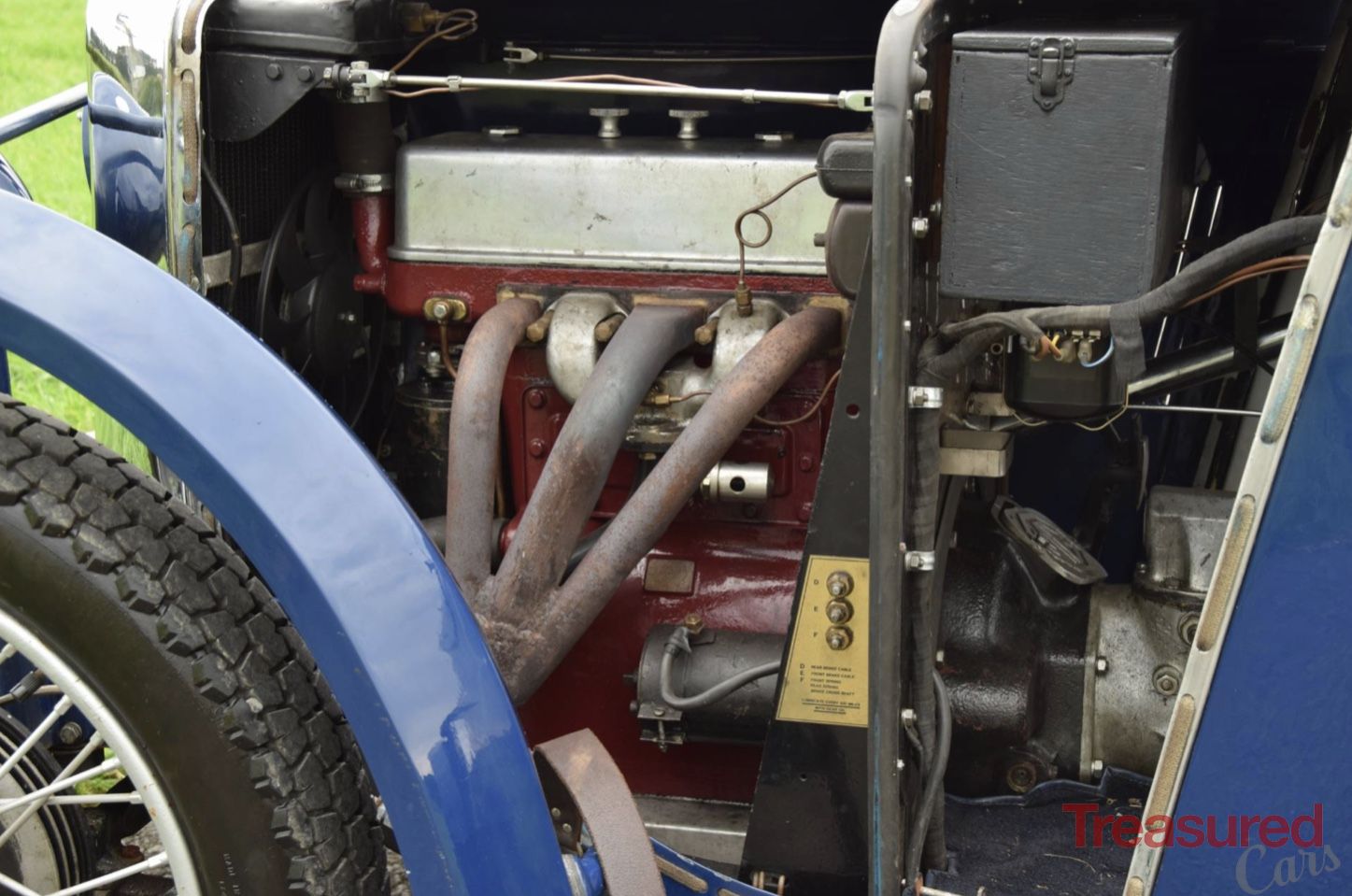 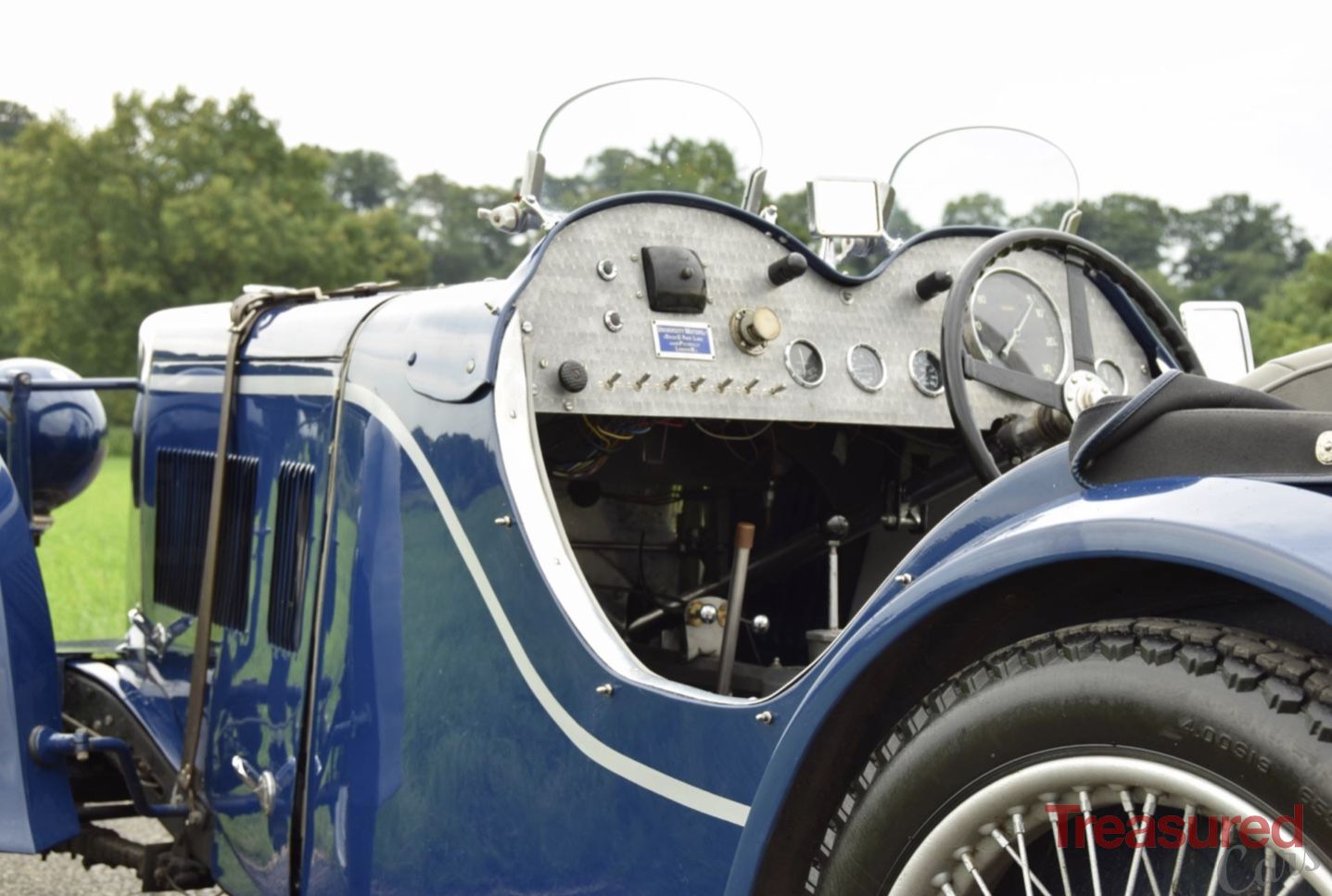 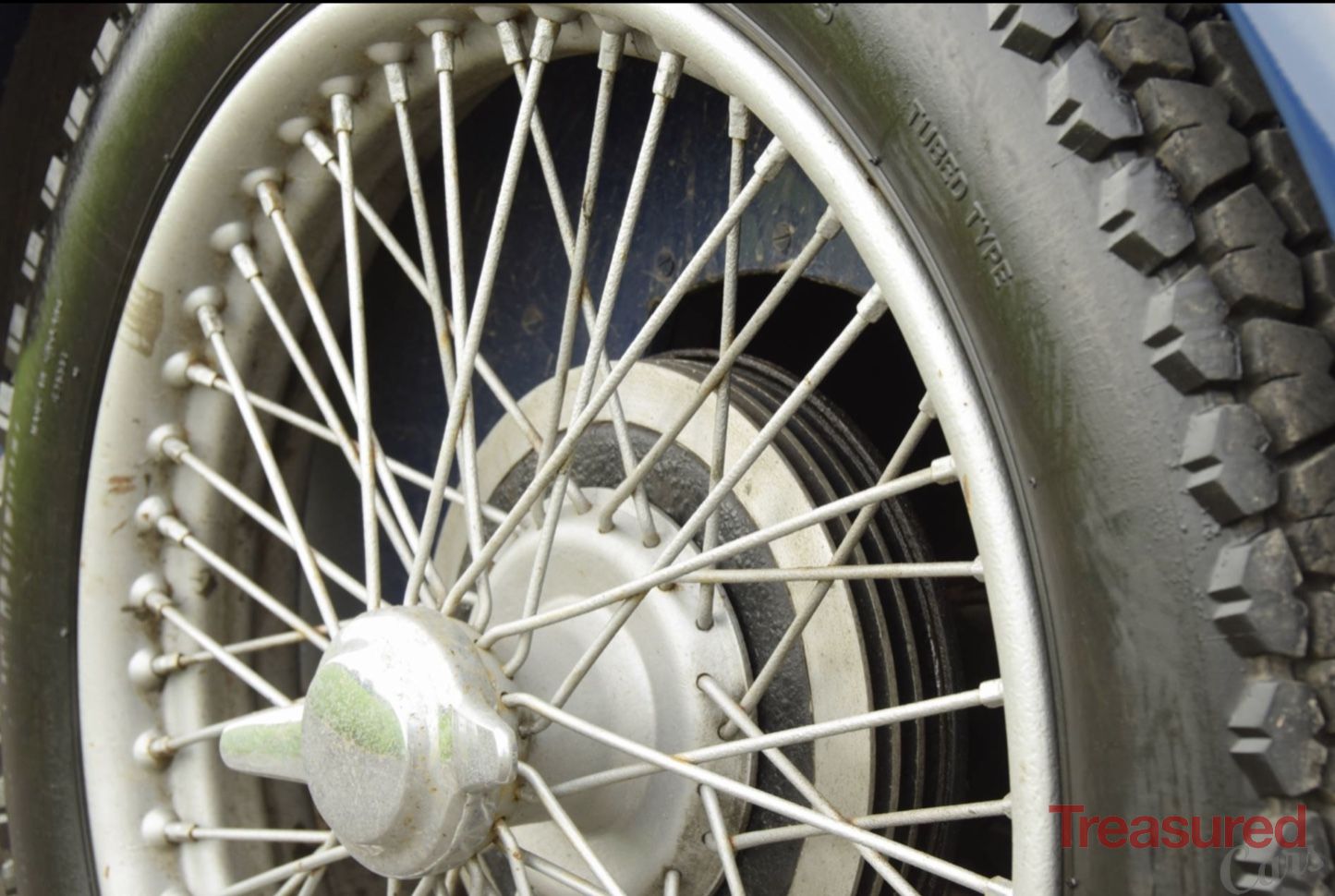 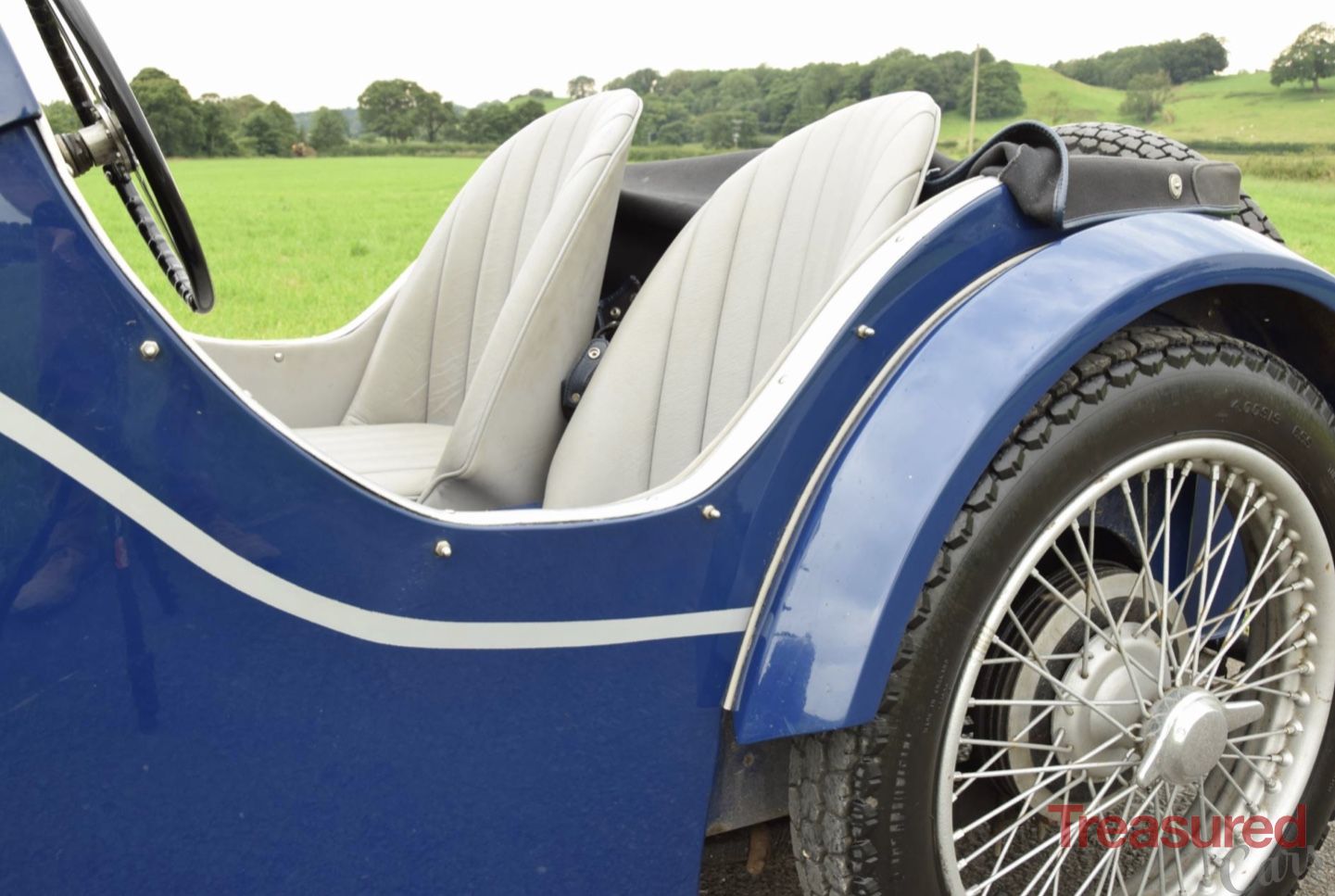 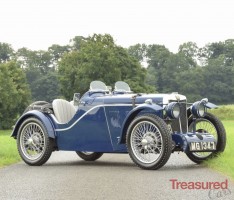 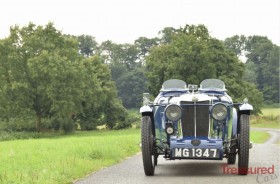 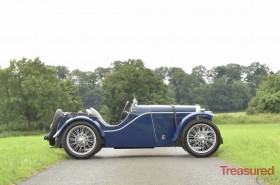 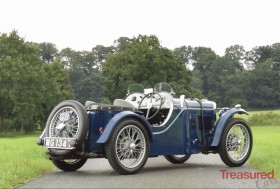 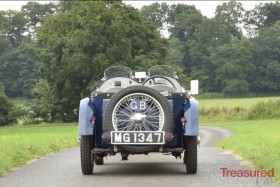 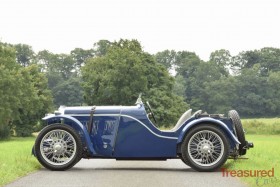 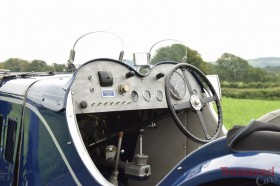 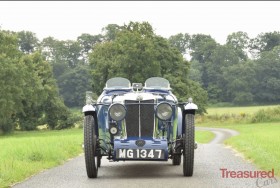 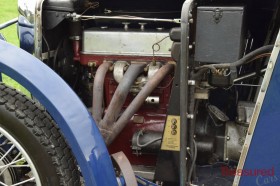 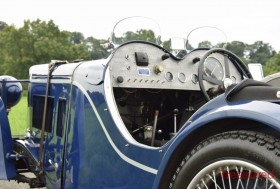 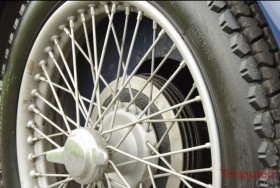 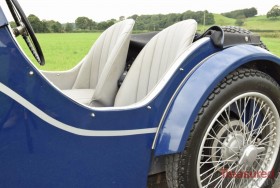 What a fabulous opportunity to enter the world of supercharged Triple M MG ownership. This Midget is accompanied by extensive history file and photos which is fascinating reading, in brief, the car was preserved in rolling chassis form, from 1969 until 2008 when restoration began. In 2008 Phil Cornut of Thame was commission to get the car back on the road. As the original body had long since rotted away, the current 2 seater slab tank coachwork which now adorns the car was commissioned., there was the well-trodden route of making yet another C type replica, however as you can see this wasn’t taken. Sitting ahead of the radiator under the shroud is our friend the supercharger, and this really helps make her go rather very well. We’re not running silly boot put just enough to make modern traffic easy to live with. Brakes are also very effective, (better than the 13” drums which are on the MG Bellevue Special.) but this is the benefit of hydraulics over cables.   In 2016 the car was purchased by a very well-known MG couple a big part of the Triple M family, they have used the car extensively both here in the UK and on the continent with tours around Belgium and The Netherlands always performing faultlessly and she had really become one of their family and christened “Babs”. In 2019 the very heavy counterbalanced crank as fitted in the initial re-build was replaced for a Phoenix and rods along with shell bearings and an uprated clutch. The original 3 speed D type gearbox has been replaced with a Morris 4 speed making life much easier.

Despite “Babs” being part of the family their eyes were swayed to an MG PA, we recently offered a car they had always admired both in the paddock and on track, they dearly would have loved to have kept Babs but their garage will only hold one car so with the PA now taking up the Triple M MG garage space it gives me the pleasure to offer Babs to a new custodian.

Viewing is by appointment only at our Foxfileds showroom with its mature tree-lined private estate roads along with open views across the rolling hills of the Ribble Valley famed for the setting of JRR Tolkien's trilogy written in 1937 whitest guests at Stonyhurst College. 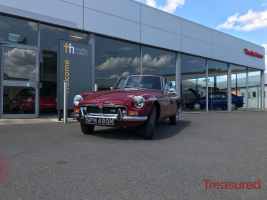 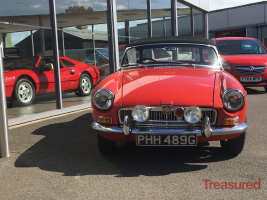 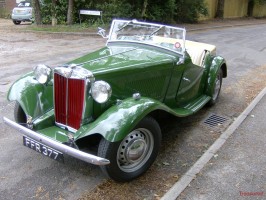 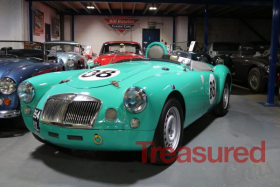